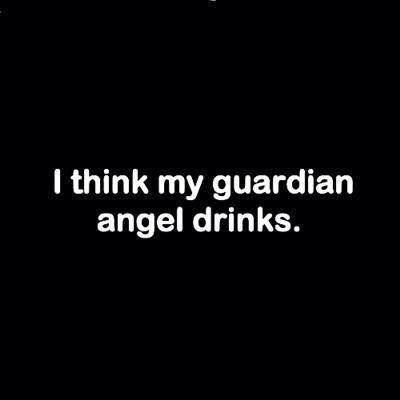 We are getting ready for the imminent arrival of our first real “guests.” Teri B you don’t count, you’re not a Roatan virgin, you’ve already been sucked into the vortex. It’s just what happens here. So many people I’ve met say the same thing. They came here on vacation, fell in love with the island and bought a house or land. That’s sort of our story, sort of. We were accumulating lots of frequent flyer miles with Bill’s work and we took advantage of them and traveled. We made several trips to Curacao, talked about buying something there and retiring but that’s all we did was talk. We went to many places in Baja and Mexico, St. Kitts,  Nevis, Hawaii, the South Pacific, lots of places but never discussed moving there. When we got certified as SCUBA divers at Sunken Treasure Scuba in Penna. our trainer couldn’t do our final check dive because he was going to Roatan diving. He told us about it and at that time, 1989, it wasn’t as easy to get here as it is now. In 2007 I was looking for somewhere different for us to go and said lets go to Roatan and buy some land. I contacted several realtors and chose the one who answered my emails the fastest and most consistently. His name was Jim Hanseder with Margot & Matt Real Estate office. He said he would pick us up the morning after our arrival @ 10 AM. Bill said, sure he will. The morning after we got to Roa, he was there on time and he said, “I’m yours for the next two weeks, let’s do this.” And here we are, 7 years later.

Where was I? A.D.D. much?? Guests, yes, we’re going to have some, so excited I can’t sleep. I am on such an adrenalin high! Sharon and Paul from WA will make their maiden trip to Roa and I know they are going to love it here. They are staying in our “guest condo” on the lower level. This is the area that hasn’t been cleaned since we moved upstairs in April. This is also the area Bill has been using for a tool storage area. I kid you not. It was enough to make me hyperventilate. When I complained he said only I noticed the mess, other people didn’t. YES THEY DO, THEY HAVE EYES TOO!! I do feel his frustration. He had a 40X60 shop and now he has a 6X8 bodega. It sucks, we need, he needs a shop. But look on the bright side, he might not have a shop but he still has me.

Damn, there I go again, back on track.

The banister is complete. It looks really nice. Super job by Mr. Wonderful. He made the top part with curved ends so it didn’t get caught on clothes and make someone fall. Someone like me. Klutz that I am.

September 10th is Day of the Children in Honduras. Last Wednesday I went with my friend Janice to visit a few schools. Janice wanted to find out what they needed for the celebration and what time they would be having it. I was amazed and devastated at the condition of the schools. These poor kids barely have a fighting chance to learn, let alone survive in this crazy dog eat dog world. These children are so adorable I just want to bring them all home with me. It breaks my heart to think that many do not have electricity in their homes, they don’t have tubs for a warm bath before bed and they don’t have cupboards full of food to chose from. They eat what they are fed but yet they smile. This is all they know. It’s not like they had “things” and now don’t. They never did.

On Wednesday afternoon Wendy and Andrew stopped by to see our stained concrete floors. As soon as the boys saw Wendy they decided they didn’t like the screen door separating them. It’s now Dogs 3,197,418 : Screen door 0. Highway also did a number on her beaded bracelet. This dog is such an idiot he embarrasses me.

Thursday I started cleaning downstairs, there was lots to do before our friends arrived. I hired Melissa, the sister of Miguel, our lead worker, to help me clean. She’s cleaned for me before and I love her. She came on Friday morning and cleaned non-stop downstairs until 3:30. The bedroom, bath and kitchen look great. She came back on Sunday at 9 and worked until 3 again. We finished downstairs and started upstairs. I scrubbed all of the screens, 17 up and 7 down and all of the windows that I could get to inside and out. One living room window we can’t get 1/2 of it out so we can’t clean the other half. Bill will have to use a ladder in the back of his truck. Now if he did it Honduras style he would put the ladder ON TOP of the truck cab to wash the window. We hung ALL of the pictures, YAY!! That’s a big deal. I would have done it myself a long time ago but you have to drill in the concrete wall and I’m not into that stuff. Bill almost finished the drywall in the pantry. For the record I hate drywall and everything about it. He sanded yesterday and I had to wash everything, all my dishes and pans. There is now a sheet over the island.

The new shelf in the pantry is complete and everything in the pantry is covered in sawdust too. Bill just now, (Thursday morning) finished the sanding of the drywall and is putting the primer on the wall. Progress..(Thursday update: drywall is done and wall is painted.) Happiness abounds.

Last Thursday evening Jurgen and Stefi came over to hang out with us. We sat out on the porch and talked for a few hours then moved inside when it started to rain. Always a fun evening with those two! Jurgen won’t be happy until I get the pantry sorted, and alphabetized, {maybe that was the Damiana talking} Soon Jurgen, soon!

Saturday I ran errands, had to go to Serrano’s Hardware and to Eldon’s to get groceries. I also stopped at Umbul Umbul, of course I did, once I’m near Coxen Hole, Scarlett the car just heads there on her own. She’s assertive like that, one of her redeeming qualities, that and cold A/C. I so love Umbul Umbul, the more you look, the more you see! I bought a basket, a couch throw to protect the couch from being faded by the sun, a dress, pants and a cute fish to cover up a concrete screw up in the stairway.

Our neighbor paid someone to come clean his pool. He was having issues with it. He has a habit of letting the chlorine level get low and then trying to shock the hell out of it to make it clear again. That doesn’t work. You have to keep the chlorine at a constant level. Bill was telling him about it and his response was, “well, it’s just a little low.” Bill’s answer was, “That’s like being a little pregnant.” So now the pool guy told him he HAS to keep the floater in and the pool is spotless, crystal clear and I’m in love. It’s like a magnet, it draws me. I’ll be up here cleaning, sweat running like the Nile between my boobs and dripping off my forehead and all I can think of is the pool. Needless to say, I’ve been there a lot. John loves the company too so it’s all cool. The other day I talked Bill in to going down for a dip. As we were walking down I saw a black bird with a squirming lizard in its mouth. It flew down to John’s Mango tree. Bill was sitting on the bench talking to John and noticed the bird in the tree eating the poor lizard. All of a sudden the lizard tail fell from the tree and landed on the back of the bench right where he was sitting. The tail kept moving for a few minutes. Of course, I didn’t have my camera or phone. I also found a lizard tail on the floor downstairs, I don’t know if the dogs ate the rest of it or not. Can you even imagine what it must be like to be a lizard and shed your tail?? I wish I could shed my ass and grow a new smaller one.

I was cleaning out stuff on the porch and this frog was in a bucket. It jumped and hung on to the side of the counter on the porch.

The boys are a constant source of entertainment..

Wednesday was Children’s Day in Honduras. We met Janice and Junior and a few other people and went to 3 of the schools dropping off toys, pinatas and a brand new soccer ball for Jonesville Point. This is a photo of the OLD and the NEW soccer balls. What sweet kids.

I’ve also included a few videos of the kids playing games on Children’s Day. They students were allowed to wear regular clothes for the celebration, no uniforms on this day of celebration..

I could go on and on about what these students DON’T have but I think if you look at the photos you will be able to figure that out. It’s so different from what my kids experienced in school 20 years ago and I can’t imagine the changes made since then. Kids in school in the US and other developed countries have computers and fancy desks and chairs, huge well lit bathrooms and cafeterias. These kids have none of that.  They are so grateful for anything that is given to them. If any of you are interested in donating, please look at Roatan’s Children’s Fund:  http://www.roatanchildrensfund.com/help.htm

This is a legitimate group and all of the money raised goes to help the children on this island.

We met another couple from Washington state, well, we met 1/2 of the couple. Keri and Doug are from Snohomish and recently purchased a home here on the island. Keri came over to our house with Liz. Once they sell their home and business in WA. they will be here full time. She posted this on Facebook the other night and I’m really excited about it. You MUST click on the link ( this ) and read the story, it is the best!! I think we should start a “sect” on the island. I have a red and a green colander, I think I’ll use the green one, although red is typically associated with spaghetti. Olivia is looking for a teal one because it’s her new favorite fall color. She was concerned about bringing it with her and whether she could put it in her carry-on. I suggested she wear it, I would.

Later Pastafarians!! Keri, you made my day with this one! See you soon.