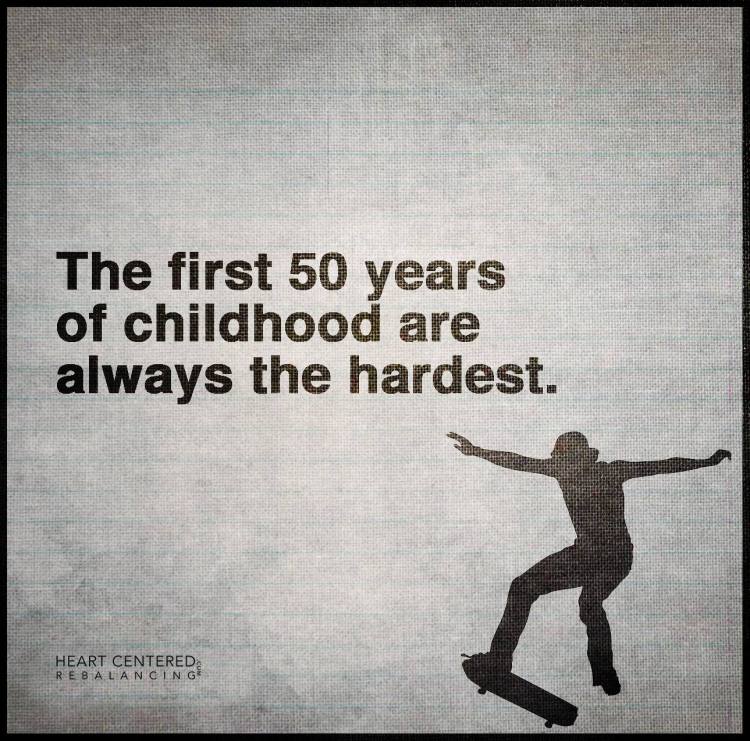 12/19/2015 The big day is fast approaching but it seems rather subdued here.  I think the mere simplicity of Christmas on the rock helps us all realize the gifts we have every single day and to truly appreciate the friends we have made. It’s a much different lifestyle, more down to earth, more people cherishing their friends, meeting and making new friends and not looking for material things. Simple things, simple life.

Sunday evening we had some new friends down for pizza. I met Daryl and Tarra on FB and then met Tarra the day she arrived on the island with her dogs. I had previously given her the low down (via FB messenger) on what would happen and how it would be handled with her dogs. She carried 2 on the plane and 1 came cargo. I put her in the fast line to get her through immigration, she was carrying 2 dogs who had been in a carrier for 10 hours. Then I checked to make sure she was getting through customs w/ her other dogs.  That was the only time I met her. We have stayed in touch before, and since they’ve arrived, sometimes they message me w/ questions or they ask them on FB and I always try to help them. I had never met Daryl but we have talked on FB often. Tarra loves dogs like we do, they had 10 when they lived in the states. She likes white wine, doesn’t eat fish or seafood. Hmmm. This all sounds familiar. It was a gorgeous evening to have dinner on the roof (with 5 of the 6 dogs in attendance), an enjoyable evening spent with new friends. They just shipped a huge boat down here and are starting a business. Check it out here.

I really enjoy meeting new people and making new friends. I can only hope that the knowledge we have gained living here, can in someway make their transition a bit easier. Packing up and selling most of the world as you knew it and moving to a third world country that is so different from where you came from, is a bit of  a bitch. It’s NOT easy and as I’ve said before, it’s not for the faint of heart.

This week has been a busy one. Monday I had lunch with one of the police officers on the island. We met at the Beach Grill, a place that my friends own (along with Bandit and Sable, 2 of  Frito’s puppies). He was accompanied there by 3 other cops. After Eduardo and I ordered I called the waitress over to order something for the other 3 guys and she said they were already being fed, by the Beach Grill. Way to go Rob and Lisa, that was so awesome!! Eduardo and I had a nice chat in his broken English (actually he is pretty good) and my pitiful Spanish. He is a young guy, joined the Police Academy at 16, is now 28, his wife is an English teacher and he has a 9 month old son. My opinion of him is; he’s a nice smart young man who really wants to do a good job. Unfortunately the government of Honduras continues to do a 3 month rotation of police on the island, which is the stupidest thing I’ve ever heard of. No progressive thinking here at all. It is what it is.

We just got home from dinner at a friends house and I got a message from Nidia that said she got 3 huge boxes of candy canes from Eduardo, the cop I had lunch with the other day. What a sweet gesture on his part. Nidia does not know him and it’s the first donation she has ever had from the police. Way to go Eduardo! 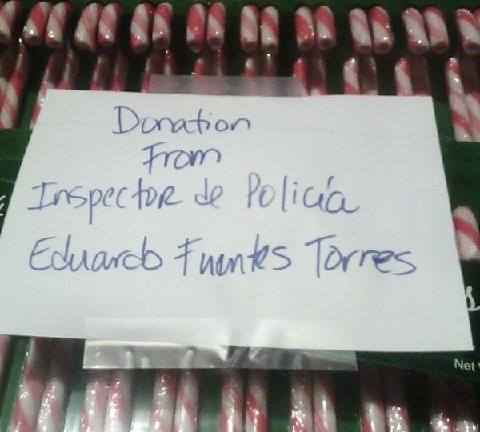 Bill is busy with the fence construction and getting a foundation poured for the garage. It’s getting there, now we are waiting on material and for a gate to be made. Waiting is the name of the game here.

I went to pay for the permits on Friday before BJ’s and thought I would be all smart and make the check out prior to going there. I mean, I just had 3 Spanish lessons and we did numbers, I can figure this out. I wrote the check out for the correct amount but I inserted the word dolares. As in:  Quatro mil, diez dolares and cuarenta centavos and that screwed the whole damn check up.  You know, old bank brain going dollars and cents. Obviously it’s the first check I ever wrote down here that had cents in the amount. Foiled again by foreign languages. I have to take them another check on the way to Mondays Don’t Suck.

Tuesday I ran errands, went to Mega Paca of course (ran into 2 friends there), went to ACE hardware to check on the broom I asked them to order and came home and cleaned up after the dogs, again.

On Wednesday I had my first foray into the world of cruisers. Never being on a cruise it’s an unusual concept for me. Don’t ask if I would go on one because I don’t have an answer. I would enjoy being on a large ship for a day, just to look around but other than that I really can’t say yes or no.  I left the house very early in the morning, headed to the cruise ship dock to pick up my friends Robby and Julie and their 3 girls, Cortnee, Jessie and Molly. I ran into Serranos hardware and bought Alexi a pair of nice rubber boots to work in and I parked there. I was walking up to the cruise ship dock and saw my friend Bob in front of his store. I went over and gave him a hug and went in to say hello to Debi. While waiting for her to finish with a customer I met a lady named Gail who was on the island, waiting for her family to arrive from Canada. They came last year also to help out with the Christmas food deliveries that Nidia did last year. Gail and I walked up to the port together and took some photos of the boats.

I hung around the dock and then walked back down to the Made in Roatan store and chatted with Bob until Robby and Julie and the girls got off the ship. Once we did our introductions there, we headed right to Arch’s Iguana Farm to meet Sam for our snorkel adventure.

We met Sam in the midst of the iguanas. I was very excited when Sam said that Chelsie was coming with us. She is Sam’s fiancee and a good friend. Sam is like a 3rd son to me, I just love him and his family and everything they embody.

We all got on the boat and while motoring out to snorkel, Sam gave us all a briefing on the green eels in the area. He said they have become aggressive and we should always be on the lookout for them. As soon as we got in the water there were conchs everywhere, more than I have ever seen in one spot. So cool.

You have more than likely heard of Lionfish. They have invaded the Caribbean and are a huge threat to the reef remaining healthy. Lionfish are a stunningly gorgeous, incredibly destructive and poisonous to the touch, fish. To get a better understanding of what it is that makes them so damaging, read this.   They are I am told, delicious.

After snorkeling for about an hour we got back on the boat and Sam dropped us off at the Big French Key dock. Julie and Robby’s girls did super fantastic in the water. No complaints no nothing, they just swam. I was really impressed with them, cool young ladies with good manners and great personalities. And gorgeous to boot..  We hung out at Big French Key for a few hours until the girls were getting hungry. Rather than eat lunch there, they really wanted to try Cal’s, of course. Everyone wants to go t Cal’s, it’s the best. So off to Cal’s for a mid day lunch but first we had to get back to my car at the Iguana farm, not at Big French Key’s dock.  When the boat pulled up I asked the cute young guy if he was Sam’s cousin, he said yes. I said, cool, Sam said you would take us to his dock because I parked at the Iguana farm. He said he would, we just needed to wait for the smaller boat.

We arrived back to Arch’s dock and walked back through all of the iguanas towards my car.  We ran  into Mr. Sherman Arch (Sam’s dad) on his way down the hill. He was all smiles when he saw me, I introduced him to Robby and Julie and we talked with him for a few minutes. Seriously, the Arch family is somewhat of a legend on this island.

Shawn Jackson  is a Roatan native who recently moved back here and has just opened up an art gallery showcasing his amazing work. His underwater photos are nothing short of incredible, actually, all of his photos are fabulous. Check out the link in his name to see his work, it’s worth a look. He just started a series of work called Faces of Roatan. For this project he went from village to village looking for people who were born and raised here.  Shawn photographed the people and gathered some info about each one. He is currently showcasing The Faces of Roatan Series in West End at his gallery.

This is Shawn Jackson’s photo from The Faces of Roatan Series of Mr. Sherman Arch. 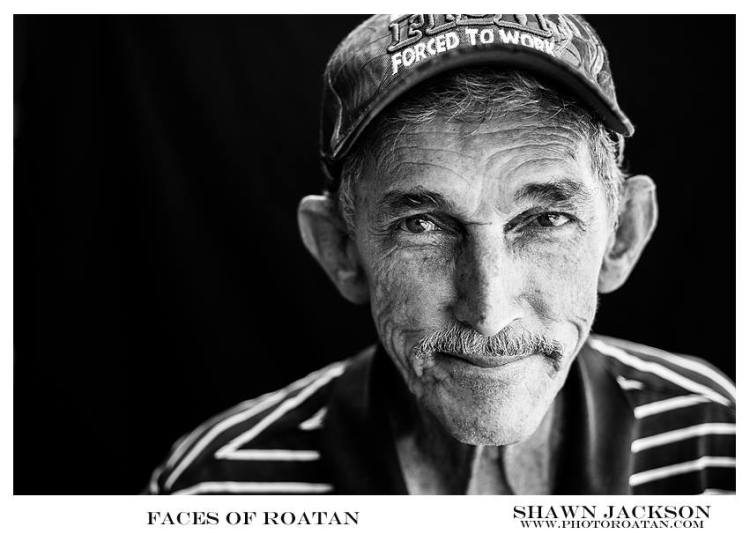 After a great lunch at Cal’s I buzzed up to our house since we were so close so Julie and Robby could see we really do have a house. They are returning and staying here in March. Back to Coxen Hole to Nidia’s to drop off some stuff that Robby and Julie brought for the kids (like 4 backpacks full), thank you so much, it will all be put to good use. Then I had to say goodbye to them, they weren’t positive if they had to be back by 5 or by 6 because they got off the ship before the announcement was made, so we played it safe and chose 5 PM. It was a fun day spent with people I would never have know if it weren’t for this blog.

Next on the agenda is the Christmas Party for the kids from Calabash Bight and Fiddlers Bight. And you know what? I’m tired and don’t feel like thinking coherently right now. I’ll pick up with the kids party next time, right now I just want to lay down on the couch so I think I will.