The one and only Nidia Webster. Photo by Ana Svoboda

This was the best, a donation from my cop buddy, Eduardo. This is the first time Nidia has ever gotten a donation from the Police department. Thank you Eduardo Fuentes Torres!!

The party was held in an open walled bar across the street from the water. Right down the street was the Cruise Dock terminal. The tables wrapped around 2 sides of the building and were full of toys.

The photos are terrible because the lighting was weird. The room was round with open walls but a roof overhang, difficult to get decent lighting. More toys 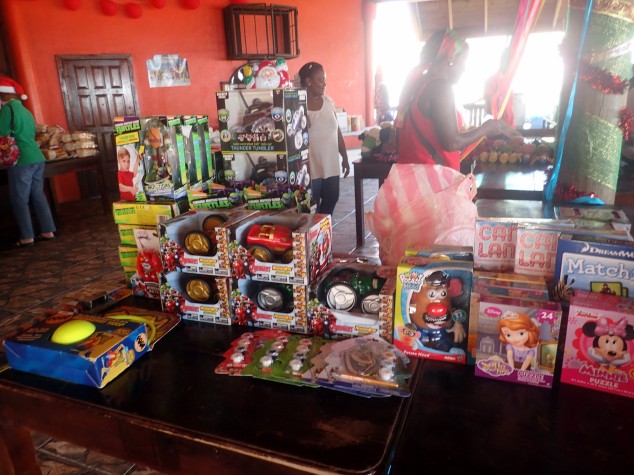 The little girls will love these shoes

Bags of candy and small toys, gold for babies, red for girls, blue for the boys 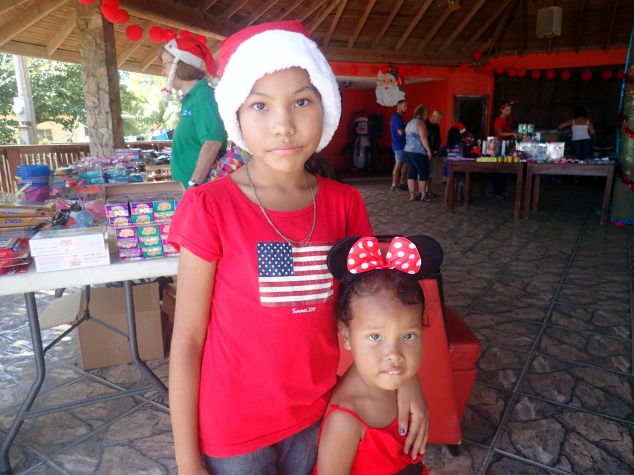 With his older brother 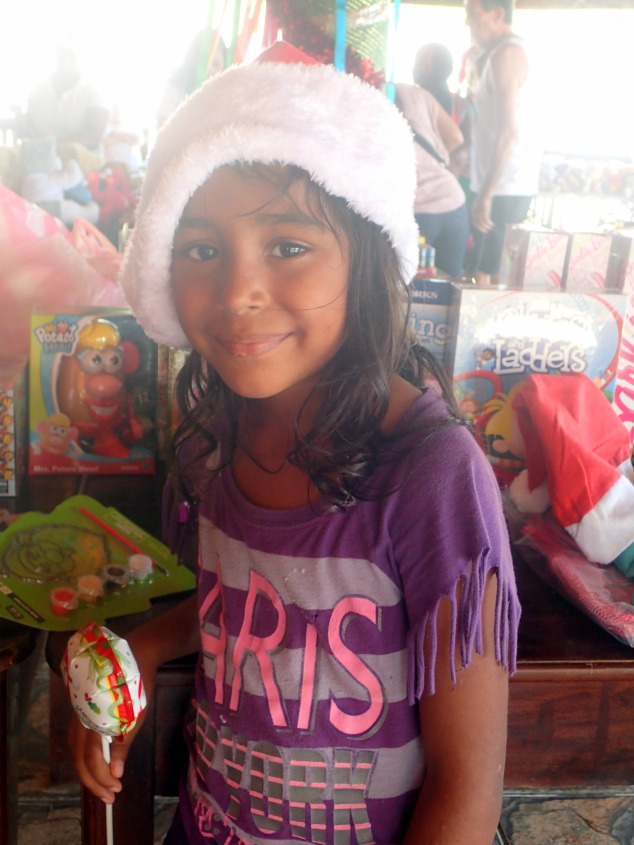 A new friend named Greg snapped this w/ my camera..

Showing me their toys 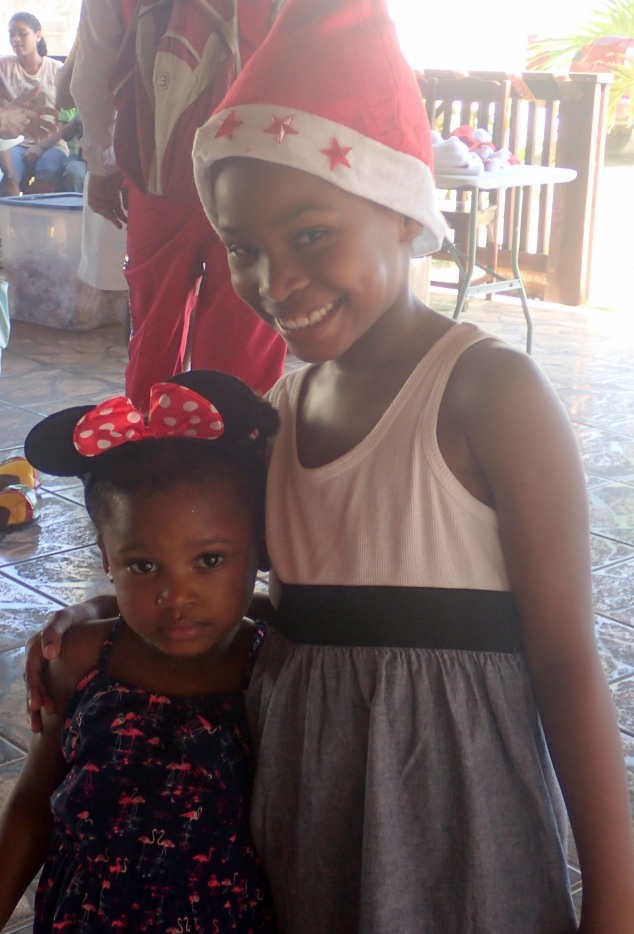 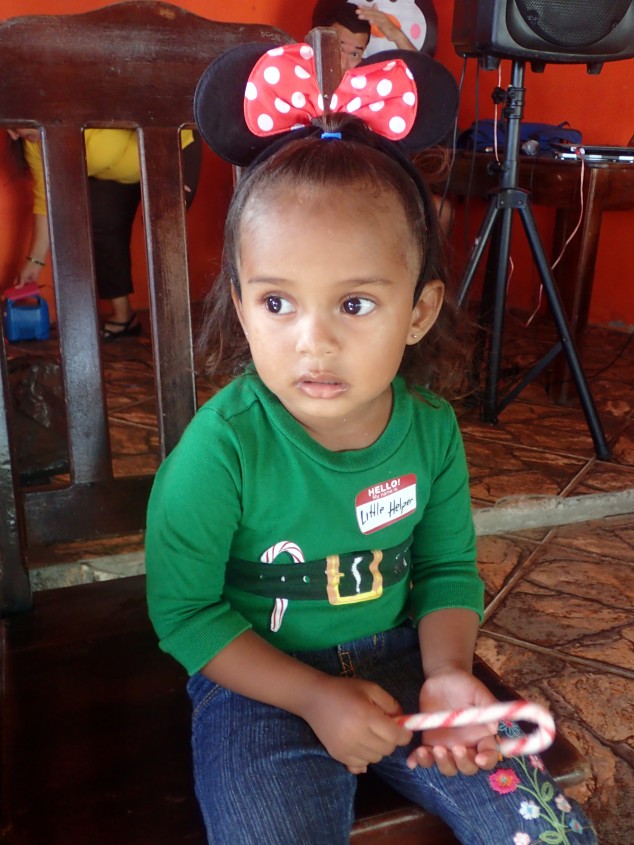 Look at her shirt, it has a candy cane tucked in the belt 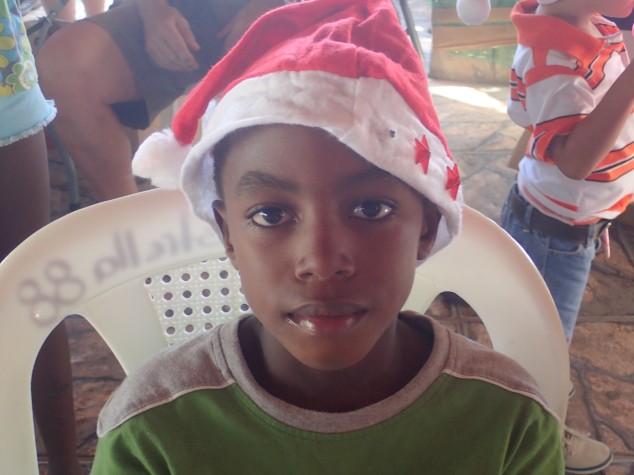 They love to have their photo taken, such a novelty. So different from the kids in the states who take selfies all day every day and post them for all the world to see.

My friend Jeanette and I. I met her and her husband Don last year doing the food drive.

Another brutal game of musical chairs. We ended up with a broken chair and a crying little boy. He was OK..

It was like the Fight Club of musical chairs

The clowns were all dressed up. One did face painting and the other balloons.

Forming a circle to play another game.

The balloon was bigger than him

This little cutie pie is 4. She was in my pics from Helene, her Mom is my friend Darla. When she saw me today she gave me a big kiss..

They did lots of waiting

a cutie with some ears.. 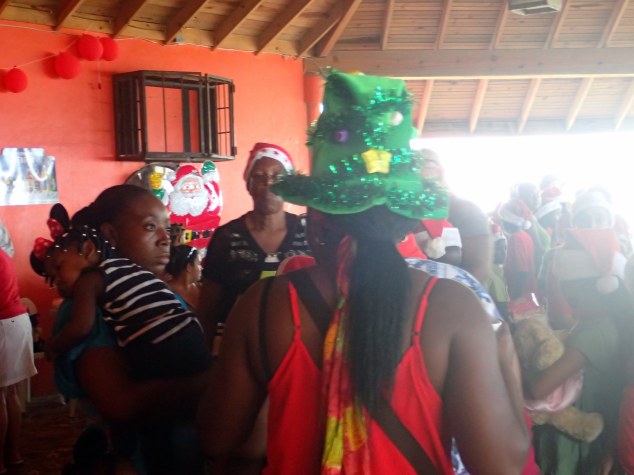 Nidia’s fabulous hat from Jeanette’s daughter. The girl to Nidia’s left with the baby (her niece) is my friend Darla, she teaches school on Helene.

Just like in Punta Gorda, everyone got a Santa hat or Minnie/Mickey ears..

second pic of this girl

Santa hugged all of the kids.

No matter how big they were. 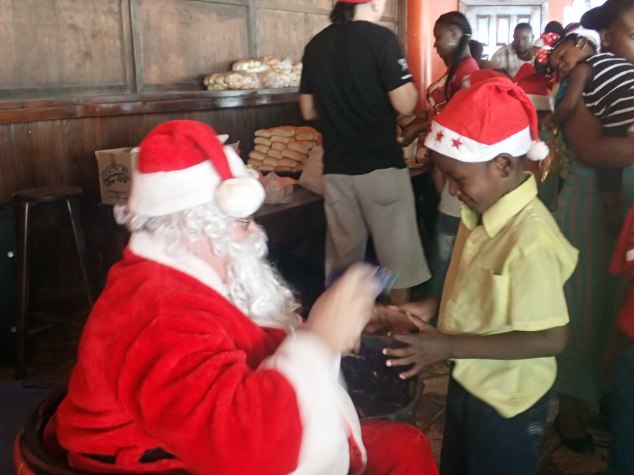 Santa played a sleight of hand kind of game with the kids bags of candy. The boys were all giggling. 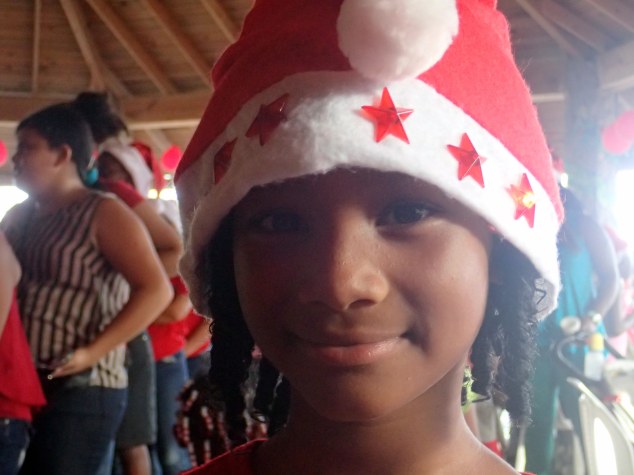 She is so pretty

Franklin, Nidia’s oldest son took a pic of us w/ my camera..

Cruise ship anchored out at sea, 3 ships in port, can’t all be at the dock. 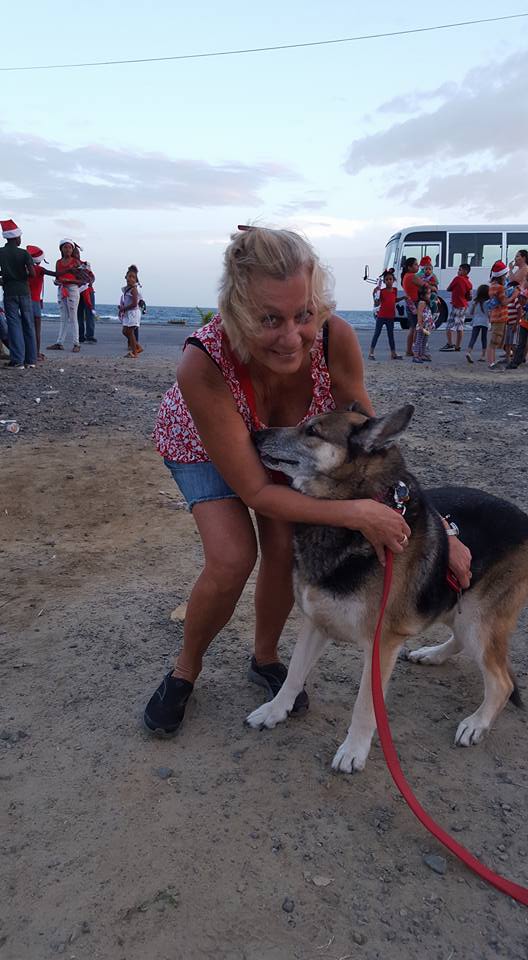 And, to end the day, my friend Ana came by with her sick German Shepherd dog Coco. I was a part of Coco’s Bucket List, places for Coco to visit. I can’t think of a better way to end my day than hugging Coco.

This photo was taken by Captain Carlos Aguirre Lopez of Taca airlines. You can see the 3 cruise ships in Coxen Hole dock, then the airport runway, then the white area to the upper right of the runway is the 4th cruise ship at Mahogany Bay. It was a busy day on Roatan!!

2 thoughts on “Christmas for the kids”