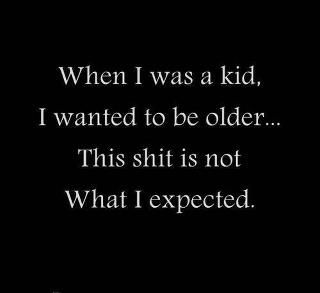 11/15/2016 I wanted to get a quick blog out before my company comes, bear with me, I’m mentally disjointed lately.

We went to Alexi’s “graduation” ceremony a few weeks ago. It began 35 min late and seemed to be so drawn out and disorganized. There was a question contest, boys against girls. For instance, which doesn’t belong: apple, mango, banana, legume, but she couldn’t say legume. I almost stood on the bench and hollered, “the word is legume, it’s a f@*king bean.” The contest went on for about 40 questions, 10 would have been sufficient. The teacher read each question twice, once in English and once in Spanish. I wanted to pull her tongue out of her mouth and run screaming out the back door of the church, still holding on to her tongue. I’m not real good in these situations, my mind takes off. Spirits? Alexi got an award for only missing one day of school. I got his report card, checked it out and handed it to him. He said he wanted me to keep it. Well, alrighty then, I guess his Mom isn’t interested in it. Alexi had the last of his dental visits, all of his teeth are filled and we have talked to him many times about the importance of his teeth and how he needs to take care of them.

On one of my first outings after I hurt my foot, I met Annie, my twin, at Cemesa Hospital. She fell while standing on her bed and hurt her back, she wanted to get it checked out. I was on my crutch and she had a walking stick 3′ taller than her. We were chatting in the hallways at Cemesa and they tried to get us to sit down, we probably looked bad for business. When she was done we walked from Cemesa to Mega Paca, she with a big stick and me with a crutch. I really hope everyone I know saw us cause we were flipping hysterical. We shopped for awhile, she’s little and disappears but I looked for her big huge staff to find her.  Now that I’m thinking about it, we should have had photos. Then we lugged our bags back to her car and she took me to my car. I went to Eldon’s, 1 month after the accident, first time out. I was whooped by the time I was finished there. I grabbed a soft drink and took a few swigs at the check out, then stuck it in my bag. While backing out of the lot I heard a loud fizzzz, my bottle of Fresca fizzled (lid not tight) all over the inside of my Keen bag. The damn bag is watertight. I could pour a bottle of wine in that bag and carry a crazy straw. Food for thought.

I have not been doing much in the way of fun wise. I did go to a Mondays Don’t Suck, Francie and Franklin picked me up in their chariot. It was fun seeing everyone but I hated having to sit in the damn chair the whole time, I’m usually leading the conga line! We got stormed on while there but it cleared up and was nice again. I’m happy that all the regulars are back on the rock.

On the foot front, it’s a slow go. I saw the doc again last week and he said he feels I am doing extremely well, considering. I feel I should be 100% by now and able to frolic on the beach with my friends. He said I can dive but he doubts I can wear my fin, I plan to try it in the pool soon. I have recently come to the realization that I have not (can not, will not) accepted the fact that I severely injured my foot and that people my age don’t snap back like a 25 year old, no matter how badly we want to. Today I pressure washed the concrete deck out back, moved furniture and cleaned up dog hair, vacuumed all the dog hair off the furniture, cleaned the dog hair off the screens and cleaned out all the window tracks in the living room. Then I washed the walls going down the stairs (dirt from the dogs) and cleaned the banisters (dog hair) and the stairs (more dog hair). After that I was exhausted and my foot was screaming. Like I said, I still don’t accept the fact that I’m not “good to go.” No-one ever said patience was one of my virtues.

I just wrote another article for International Living. It required me to finally visit my friend Daniels’ Sloth and Monkey Hangout. Let me say, holding a sloth has been on my bucket list and to know I can go hold one anytime is simply awesome. I talked to Daniel and Stephanie for awhile about how he got the sloths to begin with, met a lady and her daughter who are US missionaries living in Guatemala. She was sweet and took photos of me holding the sloth.

We have been deluged with rain, so much so that I am freaking done with it. Everything is moldy and mildewed. I’m attempting to get the house ready for guests. My cleaning girl came last week and spent 6 hours in our closet and bedroom. I told Bill he can NOT touch his clothes.

I bought a nice flat sheet at Mega Paca and another duvet cover to make dog beds. I took the duvet cover apart one evening and the next day I had Bill put my sewing machine on the porch. I used an old thin quilt and some polar fleece blankets I bought and made 5 new dog beds. Two are for the  kennels because they like sleeping in them and three others for the floor. The morning after their first night of use Gringo (I know it was him, he’s the destroyer of beds), chewed a hole in one. Dammit, I spent all day making them and broke at least 5 machine needles in the process. I hand stitched the hole closed and the next night he ripped a hole bigger than 2 of his heads. I made these beds out of cool cotton, hoping they would use them and reduce the calluses on their elbows but nope, not happening. They can have them during the day if we’re home, otherwise they are put away. They just don’t get it.

My cleaning girl comes again Friday to do the downstairs before Julie and Robby get here on Saturday. Of course, the fabulous island power company has chosen Friday morning for our end of the island to have power shut down while they do some maintenance. Should make cleaning interesting, especially if it’s as dark and gloomy as it has been. We actually turned the lights on the other morning, that is a rare event for sure. We have had a bazillion inches of rain, the dogs are moldy, the concrete is growing fuzz and Gringo is still having skin issues. He is going to the vets that come over from Tegus on Saturday morning. I plan to not leave there until they tell me what the hell is wrong with his skin and how I can fix it. I’ve been trying for 3 months now and it’s no better.

So there you have it, not much interesting going on but I’m sure they will be a lot to write about coming up. Company arriving Saturday, Thanksgiving dinner (hopefully on the roof) with 6 of us and then more company the next evening for dinner. After that we’ll be getting into the swing of the holidays and the Christmas parties for the kids.

Wishing all of you a great Thanksgiving, surrounded by friends and family. I always miss our families a lot this time of year.