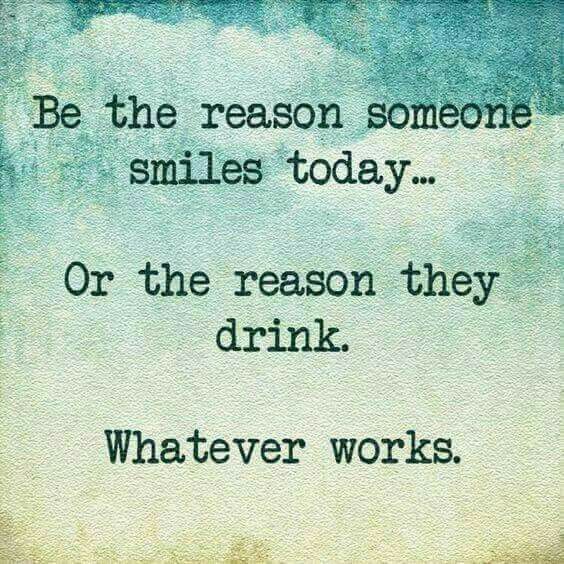 04/13/2017  First of all, I apologize. This stupid damn blog program will not allow me a space between my paragraphs. This is like a big long run on sentence with punctuation.
I’ve had a few down weeks and it felt good. The weather was unbearably warm with the real feel temps showing 101. That is not unheard of here at all, just far from normal for this time of year. It makes me very grateful for the pool.
Max seems to be back to normal, he is getting in trouble and barking all the time. I don’t know what to think was even wrong with him since I had so many varying opinions about everything. He still won’t go in the pool, which is really the oddest thing since he was the first one in every morning and then swam at least 5 more times during the day. It’s baffling to say the least. The most important thing is, he’s better.
This post is a real pain to type because my laptop keyboard is barely working. My keyboard drops letters and the spacebar doesn’t work, no spaces at all, other times it puts 5 spaces. A new one is on order. Chalk something else up to the elements of dust, dirt and humidity.
I went to Jessica’s house to gave her the nice white shirt Kelly brought for her and to give Osman and Efraim the new underwear and shorts, also from Kelly. Jessica didn’t have much to say, she wasn’t feeling well plus she was upset because I scolded her for missing school and told her if she missed anymore I was done paying for her to go. I’m very happy that the teacher messages me when she is absent.
I gave more sandals to some kids after leaving Jessica and the boys. It began with a few kids but soon there were 25+ people there. They were grabbing at any and everything in the back of my car. I had to close the trunk because it was close to a mob scene. On the way out of the town ladies were slapping my car hood as I drove by asking for “slippahs for ma babies.”

I finally got my car fixed, it was in the shop for a week. The rats had done more damage than we first thought. Little shits like to chew on wires too. Nelson pulled the dashboard and fixed the hose that drains the A/C water out of the car. He also fixed the rattle in my door, it was actually the lock, not in the door. But, since they had the door apart now the window is making a weird noise when it goes up and down, that needs fixed. Nelson put a new fuse in my horn (Bill had removed it because it was honking erratically) and he soldered some wires together. Well, when I started up my driveway the horn started honking and it honked the whole way up. That needs re-fixed. While they were taking the dash out of my car, they scratched the sun screen film on the inside of  my windshield, leaving holes right in my line of sight. Now I either have to take the film off (which Bill wants me to do but I don’t want to) or have them replace it. AND, I have an large extra piece of plastic car part left over that was laying behind the seat of the car. I know, it’s an island car but still.

It’s Semana Santa week here, all hell breaks loose before Easter. Roatan is invaded by mainlanders from Honduras, Guatemala, El Salvador and planes full of Americans and Canadians. It’s the week many gringos leave the island or else, like us, we hole up and don’t go west or east at all. There are hardly any vacant places to stay on the island and the beaches will be a filthy mess from all the trash left behind. I feel sorry for the coral and the fish.

On Monday we had Carmen and Brett over for the day. It was a gorgeous pool day. They are leaving the island on Saturday for the summer and they will be missed. We also invited my third son, Sam Arch and his wife Chelsie over. They wanted to chat with Carmen and Brett about a possible business venture. Bill made his “now famous” pizza for dinner. It was a great day spent with good friends.

Tuesday I was going diving and Sam and Chelsie wanted to go with me. I picked them up at the iguana farm at 7:30ish and we drove down to Blue Island Divers in Sandy Bay. Once again I felt otherworldly going to my friends home and walking by the giant iguanas scattered all over the pavement. There was even one guarding their front door. They are the most majestic creatures.

It was a nice sunny day for a dive, the water wasn’t flat but the waves weren’t too bad. We dove Wicked. I was looking forward to diving with Sam because he has eagle eyes, he can spot things so quickly. It was a nice wall dive with some swim throughs.

It was a fun day underwater with my friends. Once our gear was rinsed and we paid for our dives we started back to the east end of the island. I dropped them off at the iguana farm and I came home and took a shower. Shortly after I got out of the shower Chelsie called to see if she and Stephanie could come hang out by the pool. Of course I said absolutely. We sat in the sun and chatted (and ate the rest of Carmen’s pasta salad) for a few hours before they had to go home.

We had a brief rain shower on Wednesday morning but it was enough to coat the window seat and my good beach bag in mud. Where does that crap come from? I had to scrub my beach bag and set it out to dry. There must have been something small in it that fell out and ended up in the garbage disposal because it was making a horrific noise. I didn’t do the dishes when our company left because Bill was going to tear the disposal apart in the morning. {Just an FYI: I know how to unclog a garbage disposal when the trap gets jammed. I clogged the first one in Washington so many times that Bill made me learn how to fix it myself. I had to do it twice in one meal when we had company from Taiwan for dinner}. When he checked it this morning, it was seized. Whatever was in it had jammed the blades. Once he took it apart he couldn’t find anything in it. I realized that it was the zipper pull off a small bag I had in there. It must have gotten dislodged and gone down the drain. My life in a zipper pull.

On Wednesday I cooked, baked and cleaned. Dave and Lynda were here visiting the island and came over for dinner. The last time they came over was soon after the pups were born and they had not seen them since. They own a great rental house here, in fact Teri and Olivia stayed there the summer of 2012 with Bill and I.

This Saturday our friends Liza and Mike arrive. They live in Oregon, we met at La Sirena a few years ago, then Mike found my blog and the rest is history. We’re friends and really enjoy each other’s company. They own land near my twinnie, Ann. It will nice when THEY FINALLY MOVE DOWN HERE. Hint Liza. They will be spending Easter Sunday with us, we are hoping for a pool day.

Then on Monday my friend Sean and his 2 dogs arrive. They live(d) in Ontario. Sean and I met on FB and then in person when he was here visiting.  He is renting from a friend of mine, Linda, who I also met on FB. Sean is hoping to make a move here in the near future. We will be picking Sean and his dogs up at the airport and taking them to their house. After that I am meeting Mike and Liza and helping them pay their taxes. I paid them for them last year, this will be their first year doing it themselves and remember, we’re in Honduras. Nothing is easy.

Holy cow, thank you FB and my blog for all these fabulous friends.

Bill’s niece’s daughter and her boyfriend arrive the 22nd for a week. It will be Jillian’s second visit to the island. Hoping for good weather and calm seas.

I have really been into sleeping lately, I’m going to watch The Voice from last night and then go to bed. I think I went to bed at 7:30 on Tuesday after I dove. That’s a lot of work for an old person.

Happy Easter everyone. I’m looking forward to spending it at home with good friends.