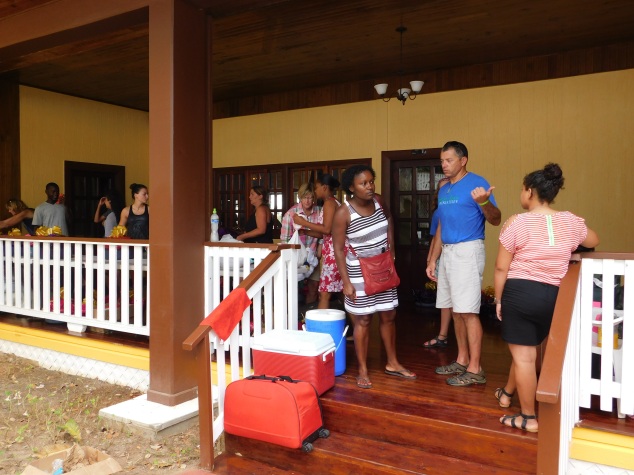 The boss Nidia and Ryan, from LAM. His mother and sister were here with him during his second week of this visit, his son Cordel was with him the whole two weeks. 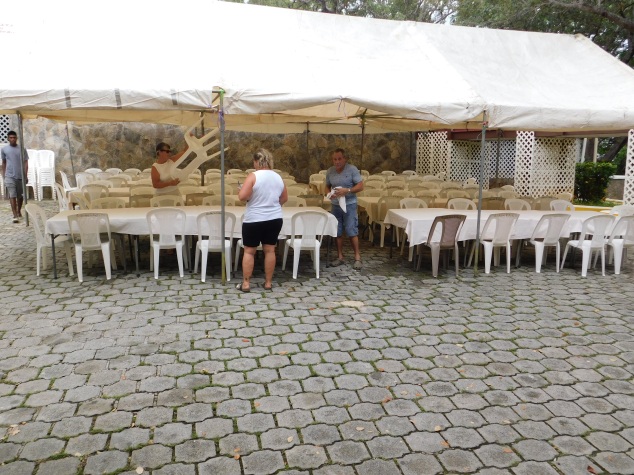 Susan, Toni and Mac setting up the outside tables. People were sitting there but once it started storming we got them all inside. Cramped, but well fed and dry. 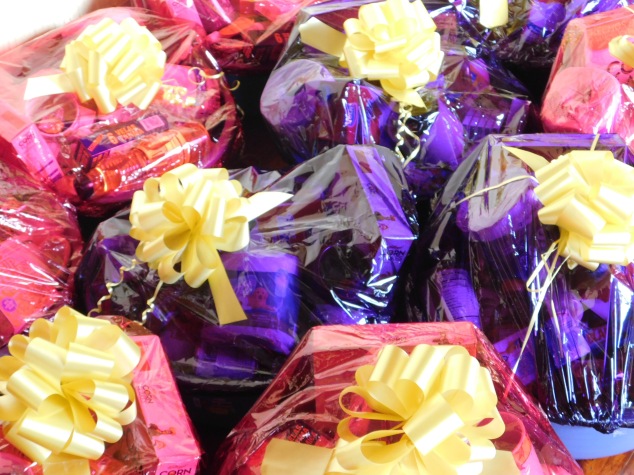 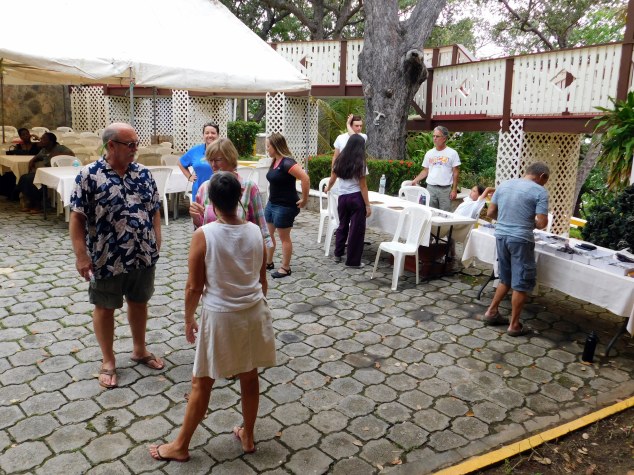 My friends, starting top L in bright blue: Susan, (Ryan’s sister and my new friend) Fred in flowered shirt, Susan with her back to us, Trish in front of her (Fred’s wife) and next to Susan in a dark shirt is my other new friend Carrie. Carrie was on vacation but still came to work her tail off, get rained on and have a great time. 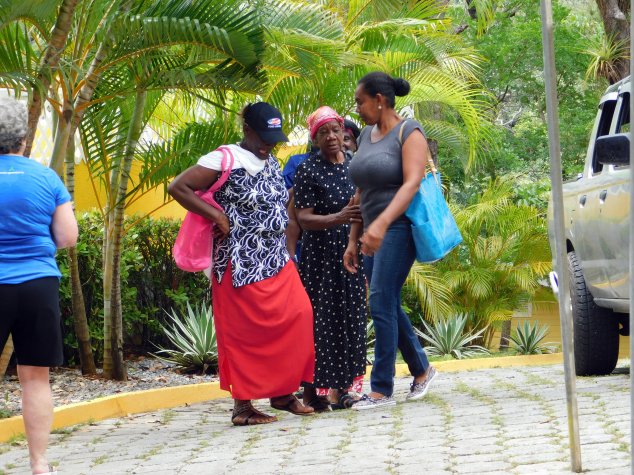 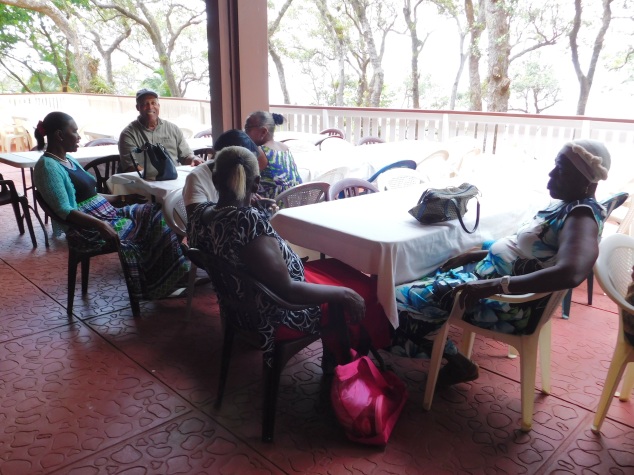 Sitting on the back porch, overlooking the hill down to the marina. 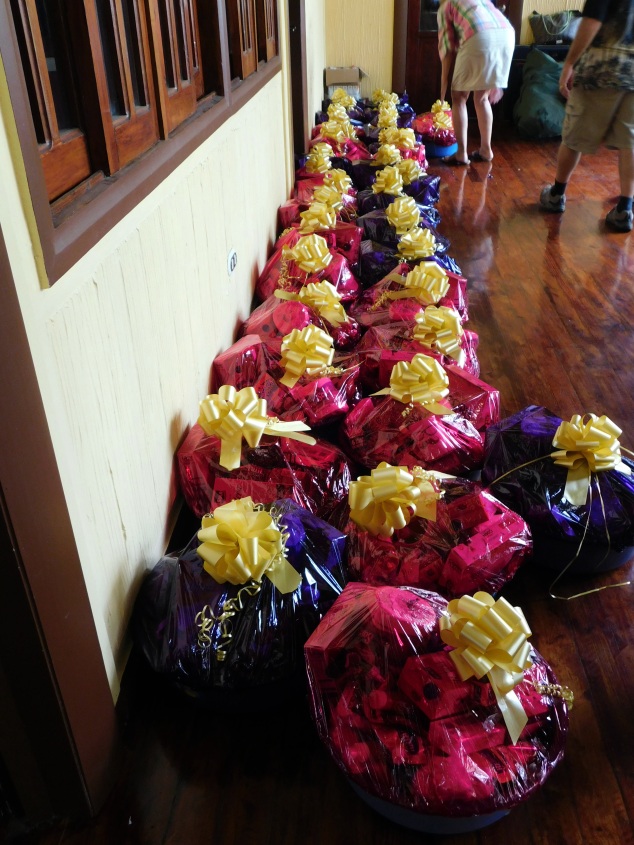 These are all the baskets we made up. They are each filled with $50.00 worth of food. There were 40 of them and the money was raised to buy them. 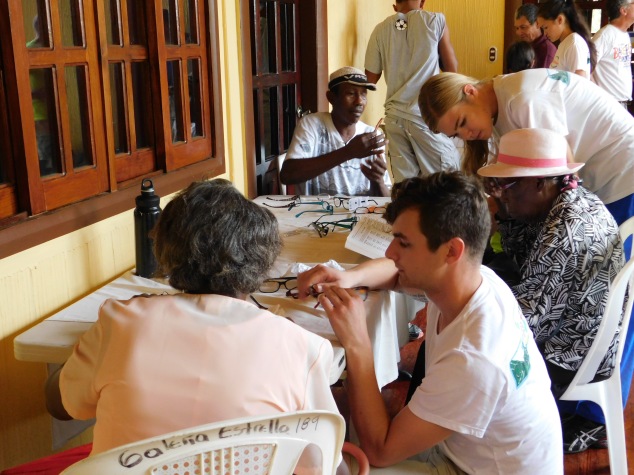 Two adults being checked. They had books for them to read so they could get the most beneficial lens. 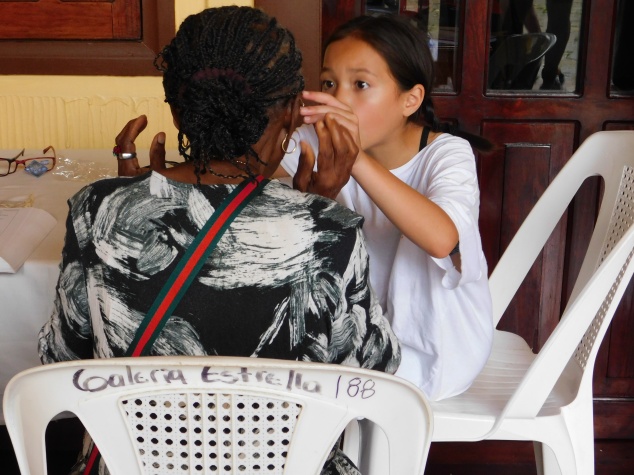 This little girl, yeah, I would have kept her. She was so into what she was doing, she oozed personality. Her dad says she’s 11 and is either whining or focused. Today she was incredible. 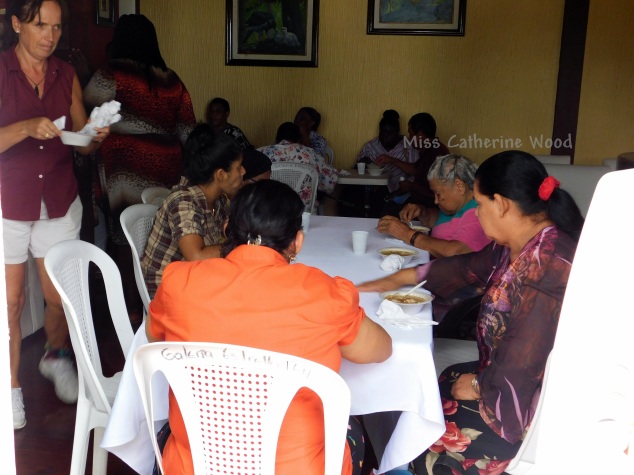 I am sorry I didn’t get a photo of Miss Catherine and myself this year. Miss Catherine is my favorite island lady, she is so beautiful, inside and out. She is my friend Daine’s Mother and is a true island gem. 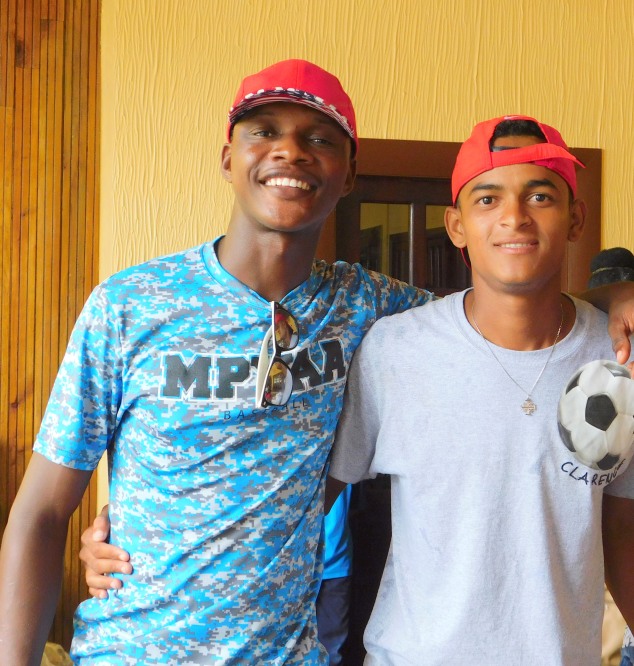 Christopher and Clarence, the dancing machines