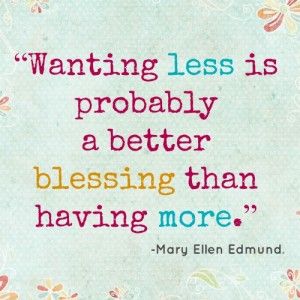 Day 5 in La Mosquitia was a busy day. Eric, the mayor, Edgardo and his wife Graciela picked us up after breakfast and we set off to visit some communities. We started our day by going to the store and buying soda and water and snacks, and candy for the Mayor to pass out to the kids.

Getting to anywhere in the area is not easy. The people in Roatan complain about the state of the roads, Puerto Lempira roads make ALL of the roads on Roatan seem like super highways. I saw one partially paved road in the city, the rest are dirt, red dirt. Dusty red dirt that gets slippery when wet and very dusty when dry.

We drove for awhile until we got to the community of Palkaka. A while ago when the mayor was running for office one of the men in Palkaka told the mayor he would vote for him if he brought him a gringo wife.

We left there and made the drive to Tansin. Don’t ask where it was because I’ll say, “Right there.”

Tansin is an amazingly gorgeous place sitting on the banks of Lake Caratasca. The trees were huge mango trees, everywhere. I don’t mean a few, I mean groves of them. And breadfruit. We walked to the lake with some women and kids and while we were standing there talking a breadfruit the size of a football, but harder, fell from high up in the tree. Good grief, that sucker could put you in a coma. I think hard hats should be required.

While I was on the dock taking photos a young woman walked down and out into the lake in her clothes and bathed. She had a bucket with her which may have contained her wash.

We walked to a different area of the community / village. Let me explain this, there is so damn much land in La Mosqiuitia that the people build in small villages within a community. The communities themselves cover a very large area for each location. It’s not just what you see when you are walking the path to the lake or going to the school. These communities go waaaaaay back and get a little more remote and simple the further back they go. It’s someplace you just want to get lost in, visit the people who live basically cut off from society. It’s really not that bad of a thing. When I was in Kaukira, even Puerto Lempira, I thought about the not having power until 6 PM daily situation. It was totally doable. So much less.

It was late in the afternoon so we headed back to town. Tomorrow will be the big day of unloading

The next day we were picked up late morning to go to where the container was. When we arrived the truck they use to move the containers was out delivering so we had to wait for it to get back.

We unloaded all of the furniture first so we could get to the mattresses. While doing so Nidia and Graciela, the Mayor’s wife had to pee. We were in the middle of nowhere so they walked out into the woods. While out there they noticed a house across the water with a guy out front. They started to yell and jump around trying to get the guys attention. He jumped in his Cayuco and paddled over, thinking they needed help. All they really wanted was to give him a mattress and some school stuff for his younger siblings.

After several truck loads (the Nicaragua bus truck was delivering for us also), we finally got the container emptied. Next stop, the school in Mistruk. It was almost dark, Nidia was going to wait for the Nicaragua bus truck guy so I rode in the stuck truck with 2 men I’ve never met. Neither spoke any language I could speak so not a word was uttered the whole way there. Several times on the ride I envisioned us getting stuck and being there for a while until someone came along. The sounds of silence. We didn’t get stuck until we got to the school. And boy was he stuck.

We got everything unloaded and sorted, shoes in one room, clothes in another, mattresses in yet another. Now we had the long drive home. We had 4 military police guarding the school.

The mayor picked us up at 6 the next morning and we went by boat to Laka, a very impoverished area. We took enough food to feed the whole village. They did not know we were coming but soon after we got out of the boat, word had spread and people were coming out of the houses.

My mother had recently passed away and she had a lot of costume jewelry. Neither my sister nor I wear it but we just didn’t want to “give it away” since it meant a lot to Mom. We decided I should take it with me and pass it out to ladies who don’t have much. Taking it to La Mosquitia was perfect and after we passed out the food, Nidia suggested I pass out the jewelry. She and Rose Mary and I walked around putting pins, earrings and necklaces on ladies. BLING in a very remote part of the world.

We left there, went back to a different place where Eric picked us up and we were off to Mistruk.

We started with the school kids. They all got shoes, sandals, backpacks, school supplies, deodorant, toothpaste and tooth brush and hugs. They all got hugs. And boy did they hug back, some of them even kissed me. It was amazing, they weren’t pretend hugs either.

We passed out little girls’ dresses made by the ladies at Live Again Ministries.

The next morning the mayor and Eric were waiting for us at 6 AM for our ride to the airport and our flight to La Ceiba and then on to Roatan.

We had an hour wait there and I was starving so Nidia called her friend the taxi driver and told him to go get us a pizza and bring it to the airport. He did! Food never tasted so good. Our flight home took about 15 minutes.

I was happy to be home but happier that I went. It was a once-in-a-lifetime experience. The good news is, we are going back.

One of the best things I ever did on Roatan was introduce myself to Nidia Webster. Without this woman in my life I wouldn’t be having these amazing giving experiences. Roatan Because We Care is her community grassroots organization and believe me when I say, this woman can move mountains. She does so much for the island of Roatan, and now Puerto Lempira, blessed to call her my bestie.