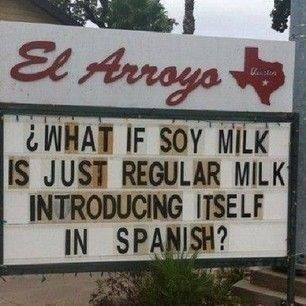 06/06/2015 I am a puppy mother, Lola is the babysitter from hell. SHEER HELL. Holy sheepshit, these pups are getting big and W I L D. And OMG, we love them so darn much it’s scary. Never before have I had this many puppies. Highway was this small but there was only 1, and Lola was small too and thank all the stars in the sky, there is only 1 of her. She is showing them how to dig holes, eat rocks, pee on the porch and chew on anything and everything. The digging holes is the worst, well, that and the fact she is peeing on the porch again. Death becomes her.

We still have 4 almost 8 week old puppies to care for and let me tell you, this is a game changer. Four is easier than 7, much easier, but. UP AND DOWN THE STAIRS 3,978,645 TIMES A DAY. omgomgomg. Sometimes coming up the steps I actually think I am going to pass out and face plant on the ground, puppies in hands (pretty sure my boobs would envelope them and protect their heads from traumas.) But still. They are heavy. They eat a lot. And they shit a lot too. Add to that 4 BIG dogs. That’s a shitload of dog shit. And we try to clean it up immediately. I usually stand, shovel in hand behind a squatted puppy butt. I actually thought today that I should just train them to shit on the shovel and I wouldn’t even have to scoop. Oh the places my mind goes. I won’t take you there, I promise.

Passed out in the living room in their “area” 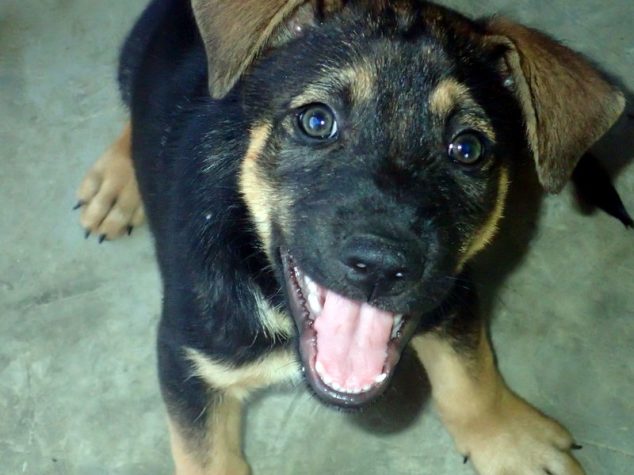 Tank, this guy is a TANK.

Tank launches himself into this chair. Sometimes he makes it, other times not. 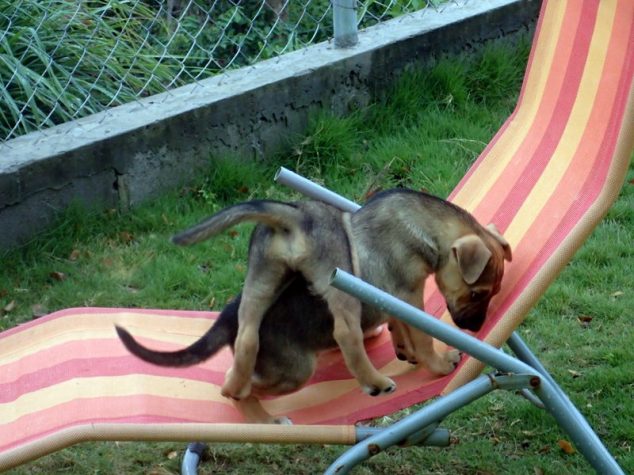 They love this chair because they can tilt it back

The pups are weaned. Frito still has milk. I read conflicting info and was told conflicting info re the milk still in Fritos’ boobs. I know that with nursing, supply=demand; no pups nursing, no milk being made. However, she was HUGE. Bill made the comment he was afraid they (boobs) were going to self destruct. I assured him it wouldn’t happen but went down to check. Umm, Dolly Parton X’s 8. I milked her. Yes, I damn did. What else could I do? Watch them explode?? Milk was even squirting out of boobs I wasn’t touching. Frito is still in her food obsessed mind set and was bound and determined to lap up all that milk. I tried like hell to stop her but you try and milk a dog AND keep her from drinking the milk. Go ahead. Try it. Hence, there are no photos of this. I didn’t want her to get the milk because it has lots of protein in it and that encourages more milk. I have stopped giving her yogurt during this drying up stage for that very reason. So we are 12 days into it and she still has some milk. I made the HUMONGO mistake of taking her with me for a few quick errands the other day. Well, now my car smells like sour freaking spoiled rotten dog boob milk. The back trunk area where she was now looks like this: 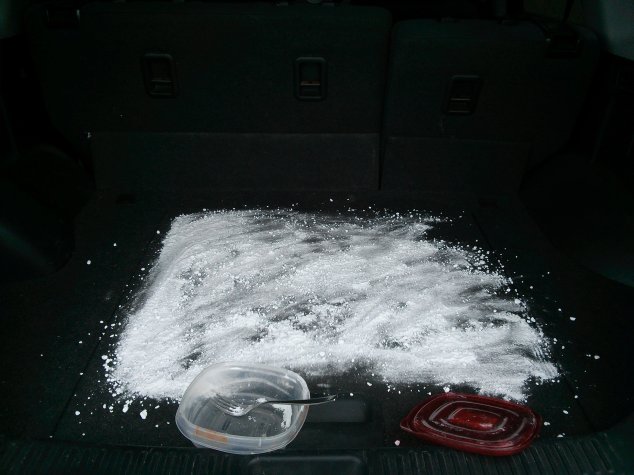 So, TERMITES. Yes, we recently had an abnormally insane infestation. This is what a termite nest looks like. Photo courtesy of the Australian Museum. 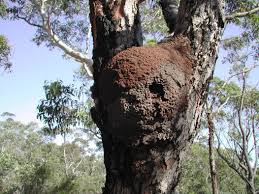 I have seen termite nests while walking the dogs, I thought they were, well, I don’t know what I thought they were. We have had termite hatches before, a few hundred wings, call it good, go to bed. This time they started early and got progressively worse. Worse to the point I was ready to lock myself in my car to get away from them. Obviously our windows are not sealed well or we would not have had 11 zillion of these things. INSIDE. 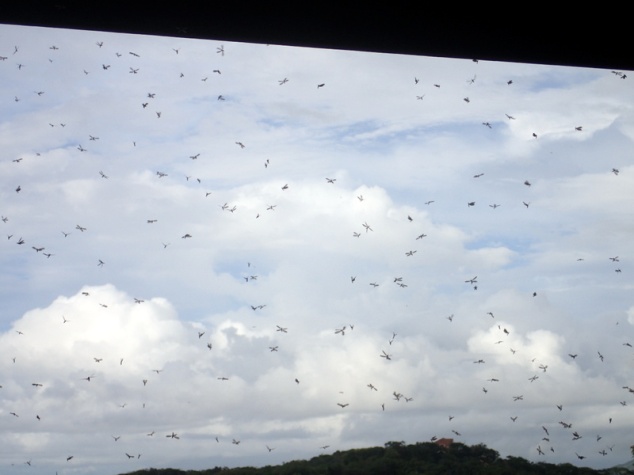 the air was thick with them 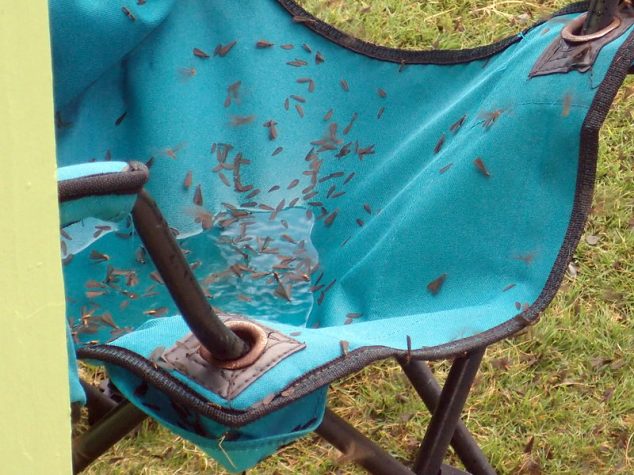 The rain and possibly the full moon made it this bad

My windows were clean before the storm. The tracks were nice and tidy but the screens hold the dust, when it rains it turns the inside tracks of your windows to mud.

So they hatch, swarm, drop their wings, (each have 4) find a mate and nest. Hopefully not in our furniture!

This is one night of rain, the spoon rest was clean, this is from the rain coming in the window. 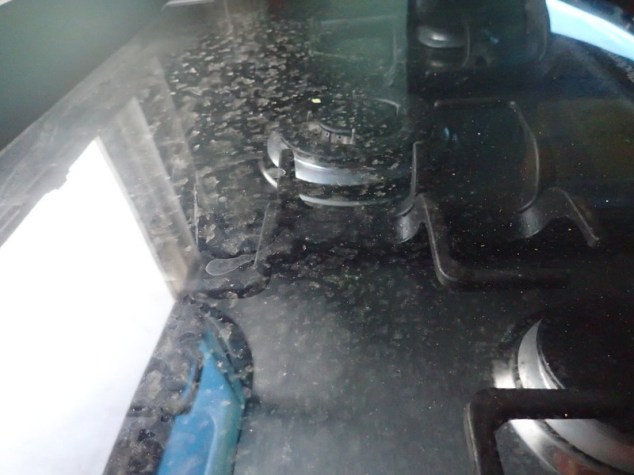 Clear top on my stove, right in front of a window and this is how dirty one rain made it. 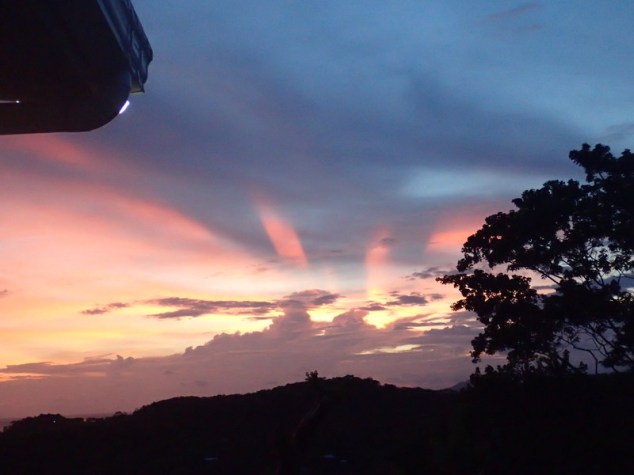 The pups woke us early, this was our gift. 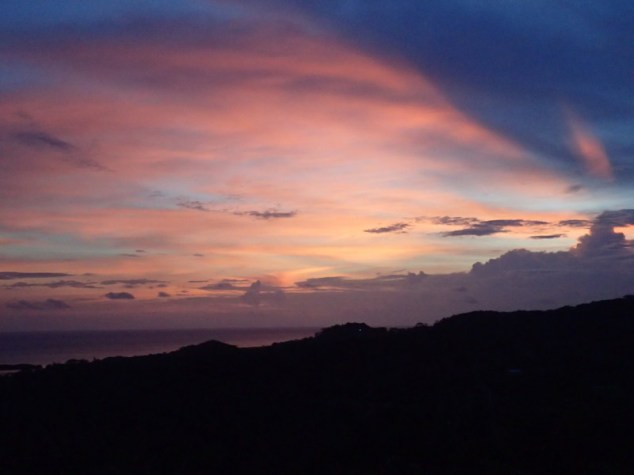 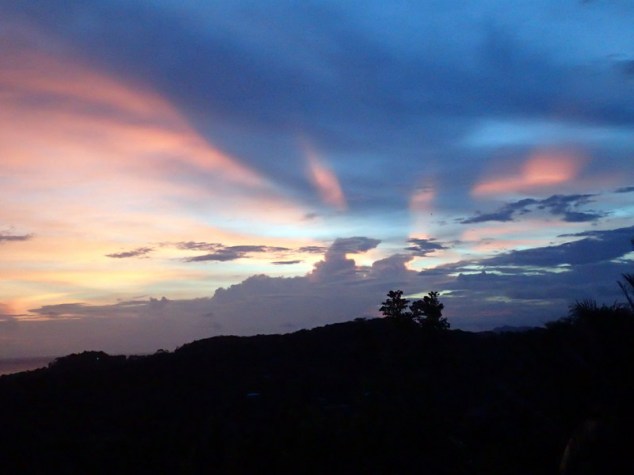 Necessity is the mother of invention.  Bill washing  the second floor windows.

Squeegee attached to a piece of bamboo

I took the crib/playpen to Miguel last Sunday, he and Estefany were thrilled with it.

Our first bananas and they are delicious. So nice being able to cut them when you need them!

We also have papayas growing,  just from Bill tossing the rind and seeds over the bank for the lizards.

Last post I mentioned Eddy and his brothers, they are really sweet boys who have such a grim future. They live with their grandparents who are quite poor, their mother works in Coxen Hole and is gone during the week. They don’t know who their father(s) are. Eddy, the oldest said most mornings they go to school hungry because there is no food until their grandfather gets paid again. The boys didn’t get TOMS shoes when they were distributed at their school because Eddy was ill and since he’s the oldest, if he doesn’t go to school the younger ones don’t either. They have to hitch a ride in the mornings and if they don’t get a ride in time, they go home. Sad state of affairs in the school system here. I talked to Nidia about them and she said we could give them shoes. I measured them and she and I went and got shoes. When I got home today from my volunteer airport greeter gig (beats WalMart greeter hands down) they were here at the house. Bill got them to try on their shoes but he was afraid David’s were too small. David is the one who comes up through the jungle in his bare feet to get wood for his grandmother to cook with, he is 8. Eddy says his grandparents don’t like David. When I got out of my car Eddy came over and hugged me and said thank you for everything. He is the boy we bought a soccer ball for with the money Walt and Judy Kaiser sent to me. I checked David’s shoes and they are fine, tight but room for his toes and they stretch. Each of the boys came over and hugged me and said thank you. 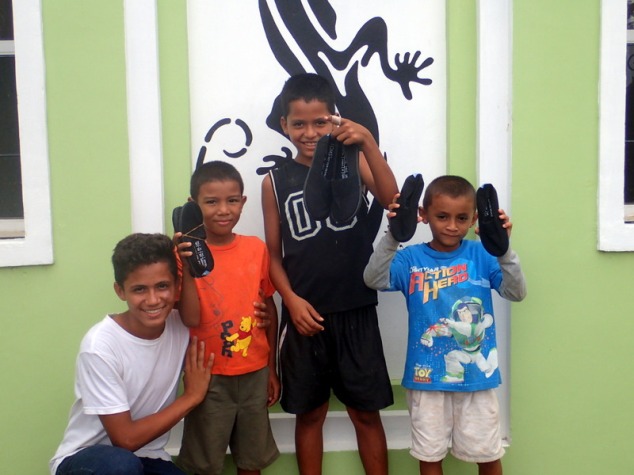 L to R Eddy is 14, Milton is 7, Marcus is 12 and David is 8, although he is smaller than his brother who is younger. Eddy got shoes too, he had already taken his home when he went to get his brothers.

Eddy fell at school and scraped his face on the concrete, looked nasty so we gave him Vitamin E. Today Marcus took a chunk out of his finger cutting a papaya, they had wrapped a piece of cloth around it. Bill put antibacterial creme and a band aid on it and I taped the band aid on.  Poor kids. The new TOMS shoes made them extremely happy boys!!

We have both been exhausted, me so tired that food is meaningless. Food is never meaningless to Bill though. He lives to eat, I eat to live. Friday night we had home made potato chips, last night Bill made corn bread, That was dinner. I’m thinking we need to get our act together since next week at this time we will have guests, Bill’s sister Kathy and her granddaughter Jen. We are really looking forward to them visiting so we can show them our island and help them to understand the variety of reasons that we love it here.

We can see the mainland quite clearly today, this doesn’t happen very often.

The babysitter from hell and her kids

Boob update: They all seem to be milk free finally. We’re still going to keep her separated from the pups for a few more days in case they try to nurse, give them time to really dry up. YAY for no more milk.

I’m off to puppy sit downstairs, hope your Sunday is half as exciting as mine.

P.S.S. It wasn’t boob milk in my car that smelled, it was urine. She PEED in my car. Damn Damn Damn. Think I got the smell out using Nature’s Miracle Pet Odor Remover. Last ride for the 3 legged dog..

One thought on “I milked my dog….”