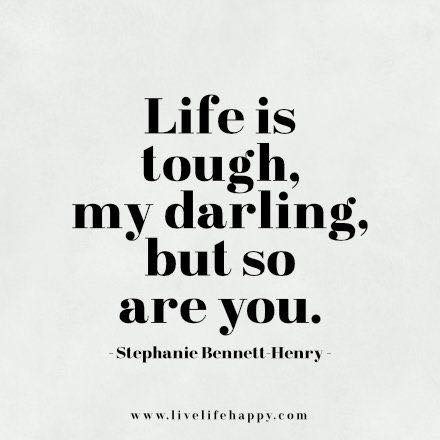 Teri’s new companion and Frito Bean’s new Mama deserve a blog post of their own. As many of you know I have been trying to re-home Frito for quite some time.

What I never imagined when I brought Frito home {aside from her being preggo} was that she and Lola, who I rescued from a car mechanic 4 months prior, would soon not like each other.

They were best friends when Frito came home from having her amputation. Even after Frito had the babies 1 month later she and Lola were hanging like BFF’s.

Soon after Frito decided not to nurse the puppies, (5 -6 weeks) who had immense fangs, Lola stepped in as surrogate puppy sitter. Frito had less and less interest in the pups and Lola assumed the watchful eye duties. The pups were always wherever Lola was. By this time Frito was chilling like a villain elsewhere. She had other things to do and they did not encompass caring for her children. Unfortunately a mentality not uncommon on this island.

Lola was so good with the puppies that Frito began to resent her involvement and started to get aggressive with Lola. At first I assumed they would work it out but it got to be pretty intense, so much so that they were separated.

In the meantime, I had Frito and Lola spayed, hoping that may curtail the animosity between them. It didn’t phase either of them. Frito hated Lola, plain and simple.

The pups grew, 4 of them went to their new loving homes and Lola was even more bonded with the remaining 3. It got to the point that the fighting was out of control.

I went to Spanish class one Friday and afterwards Bill was to meet me at BJ’s. When I got there Roger gave me his phone to call Bill (guess I forgot mine) because there was a dog fight and Bill got bitten by Lola. She didn’t mean to bite him, he was trying to get Frito’s teeth off of Lola’s ear. Lola’s tooth went almost through his thumb. Nice puncture wound.

From that point on, they were totally separated and guarded. Frito escaped once and went chasing Lola upstairs, Lola ran into a crate to hide and I got Frito under control and back out front. We were always guarding one or the other, worrying about separating them and just plain scared that they would go at it again and one of them or the pups would get hurt. We tried to find a home for Frito two times on the island and neither worked out.

We kept Frito downstairs, she had a bed and a futon, food and water and we would have her come up and play with the boys while Lola and Highway were on the porch.

Once the front fence was done we started letting the boys and Frito out together so they could rough house and play with their Mama. That’s pretty much how it was for the last few months, strategically moving dogs to avoid fights.

Little did I know that the answer to our prayers would be coming to visit us. Teri fell in love with Frito and after a few days said she wanted to take her home.

We did some groundwork and got things rolling. Since UAL does not take dogs at all except in the cabin and Frito was too large to fit under the seat, we sent her north as a companion animal. I know, I know, abusing the system, but not really. It was our only option, UAL forced our hand and Teri had a legitimate need.

The day Teri and Frito were leaving we had the boys inside with Frito one last time. She was still rough with them, I guess they give it out and she returns it. She knows how to handle them.

Olivia and I took Teri to the airport and I held onto Frito while Teri checked in. Once again, Frito was a hit..

Teri had her car at SeaTac in Seattle and had a 2 hour drive N after the flight. She said Frito sat in the front seat looking out the window. She wished she could have read Frito’s mind, the look on her face was one of amazement and total awe. She had never seen so many cars, lights and  buildings before in her whole life. Frito was wondering where the hell she was. A new land, a new home, a new city, state and country and best of all, a new Mama who would love and care for her. It was a great new beginning!

Frito really is an amazing dog. I rescued her, severely injured from the school grounds in Los Fuertes, she had a painful surgery and was pregnant (we had no clue) at the time. We were concerned that she was gaining so much weight, realizing one eve that she was pregnant when we saw a tiny paw push against her belly. Then she went into labor at the vets and had 2 pups there, one on the way home in my car, another as soon as we arrived, then 2 more. She ate a huge meal and had # 7. She never was nasty or super protective of the pups, she just went with the flow. After she had them we kept her and the pups downstairs where it was quiet. She would come upstairs and wake me when she had to go potty. For a street dog to never have an inside accident, well, that’s just incredible. She never destroyed anything, never did things she wasn’t supposed to (except eat 40-50 beef flavored heart worm pills at once and the beef jerky out of KP’s suitcase), she really was an excellent dog and deserved a better life than we could offer her.

This was meant to be. Teri needed a dog and Frito needed a home that was free of conflict. She needed to be where she could be appreciated for the fabulous dog that she is. She has that now, 100+%, Teri adores her and Frito will have an excellent life in the states. We miss the bouncing Bean but know we will get photos and updates all the time.

Enjoy your new life Frito Bean, you deserve the best and Teri, thank you a million times.  XOXO