10/20/2016 It’s 2 weeks today that the crutches and I became acquainted. It’s a friendship I could do without. Two freaking weeks, I’ve been out of the house ONCE to go to the doctor a week ago. The doctor is an orthopedic specialist who is here full time, working out of the new hospital and Anthony’s Key resort. He’s a real nice guy and was very thorough but said it’s going to take some time for it to heal. He said I could possibly, maybe put some weight on it ten days from the 13th, which would be this Sunday. HAH! There is no way I can walk on this if it doesn’t drastically improve in the next few days. Waiting for a miracle.

Many thanks to all of you who have constantly been checking in on me, I appreciate it. Yvonne, I soaked my foot tonight, thanks.

Bill is ready for me to be walking again I’m sure. It’s getting old really fast, he has to cater to Emmy’s morning ritual, which is; feed me immediately once your feet hit the floor or else. He’s not a real “immediate” kind of guy. Then he has to give the dogs their morning breakfast which is time consuming, especially if they run out of eggs and he has to scramble 18 more for them. It’s time consuming and not something that bothers me to do for them, I enjoy spoiling them. He thinks I spoil them too much, food wise. I do.

We have been battling a skin condition with Gringo for over a month. My friend Susan and I determined it was a fungal/yeast infection and after speaking to a vet friend in the Bahamas we tried an all inclusive medicine dosing. After 21 days he was no better. Then Susan sent me a link about yeast infections and it fit him to a T. We got shampoo and Bill started bathing him every other day with 2 shampoos and he was a different dog, for a few days. Then he was back to the digging and itching constantly. His elbows look like raw meat. Bill took him to Doc on Wednesday and Doc agrees, it’s a yeast/fungal infection. Gringo is on different meds and still getting every other day baths. We are hoping he will recover and get over this skin affliction, he is the sweetest most easy going big guy ever, I adore him. I put a cone on him because of his chewing but I couldn’t stand his sad face so I took it off. I had to, really, he guilt tripped me into it. Those big puppy dog eyes and him sitting right in front of me staring a hole through my forehead didn’t help.

Last Saturday afternoon Caroline and Sully came over around 3. They are friends I was diving with when I fell. Caroline brought booze, food to make dinner and dessert. She made chicken satay skewers and spicy zoodles. I’ve never had zoodles before and am not a huge zucchini fan unless it’s in bread or muffins but these were delicious. I immediately wanted a spiralizer. Caroline was sweet enough to get one for me. We used it the other night and made garlic and oil zoodles with parmesan cheese, so darn good. I want to get some beets and do them with red onions and a butter sauce. This is similar to my spiralizer. 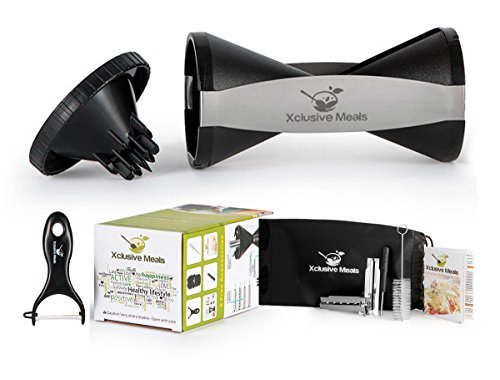 Oh yeah, Jessica. She is Alexi’s 14 year old sister. I thought maybe she could help me out around here, get me drinks, carry things from here to there for me (and earn a few bucks too) so she came over on Tuesday. I had her vac the floors and then she and I went swimming. She loves the pool and is a fish in the water. We have decided Jessica will go to English school with Alexi. She speaks some English but is very difficult to understand, although it’s not for lack of trying. School for all kids ends the second week of Nov. through February. Summer vacation is during the rainy busy season.

I’ve noticed today that Jessica is saying things I say. The first day she was terrified of the dogs but I promised her that even though they were barking at her they would not hurt her. She got in the pool and 2 of them jumped in, she was cool with it. Now she doesn’t seem to mind them. I heard her say to Gringo today, “you are so handsome” and she calls Max Maxie or Maxiedoodle like I do. Funny that she is picking up things like that so quickly. Every morning when she gets here, she asks immediately if she can come tomorrow.

She has been here the past 3 days, she came again today with Alexi and did windows for me, well, at least the ones she can reach. Some can’t be reached easily, Bill has to use a long bamboo pole with a squeegee attached to clean them. Needless to say, I do not have clean windows. Such is rock life.

We have friends coming and staying here the Saturday before Thanksgiving for 2 weeks, it will be a blast to make turkey dinner with Robby and Julie, actually, Robby’s cooking the whole meal but he doesn’t know that yet. And yes, he reads this. Hopefully I can cram my foot in a dive fin and dive with them. I’m determined to get back underwater.

Today Bill set me up outside with my computer, pillows, water and stuff to do my toenails. It was a nice day, I just wish I had a fan out there too because it was hot.

After Jessica did the windows she asked if she could swim. I said sure. She didn’t want to get her hair wet (she had just gelled her hair) so she asked for a bag.

I have yet to decide if it’s my hate relationship with crutches that make them such a difficult part of my everyday existence or if there is a skill to using them that I am lacking. They have suction cups on the bottom and I’m sure it’s for a reason but when I am moving along at speed and the one crutch fails to come unstuck from the floor and I am catapulted forward, only to land on my sore foot, I’m pissed. This has happened more times than I care to admit. Why would they invent something with pointy ends to aid people with mobility issues? I think it’s cruel and stupid and just plain wrong.

I am the ultimate queen of impatience.