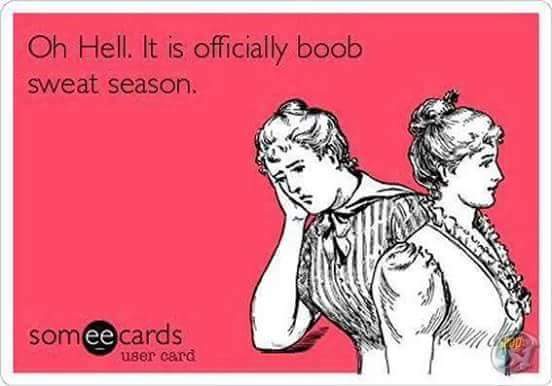 09/08/2015 It seems like it’s still August with the weather as hot as it is and not a freaking drop of rain. The lack of any measurable precipitation makes me very thankful for the well we share. We don’t get well water very often but when it’s this dry for a long period, we appreciate the fact that it is available as needed.

Sunday the pups had another beach day. We took them to Paya Bay beach (don’t hate on me Jeanie, I gave them the finger). I’ve been there before and seen the beach but never swam there. We met our friends (and Tank’s parents) around 11. Tank is my boys brother, he is such a love. Paya Bay is a good 25 minutes from home down a hellishly bad dirt and dust laden road. Gringo had crawled up on my lap and fallen asleep. We were almost there when I once again felt a warm trickle down the inside of my thigh. Yep. Gringo peed on my lap for the 3rd time. I think he has a fetish.

Claire and I took the boys in right away. It was a first for mine to swim in waves and initially they ran from them. Once they realized the waves were’t going to swallow them up they put their adventurous faces on and swam into them. Remember, they are at face level with the pups, calf level for me. Much more traumatizing for them.

The pups had a blast until some locals came with small kids. Bill and Kevin put them on leashes. Soon after that Claire and I decided to exit our warm bath in the ocean, got our stuff together and headed for home. The boys were passed out soon afterwards.

We came home, they all got baths, I fed them, showered and we all slept…

Monday morning Maxillicious and I picked Brenda and Toni up in Oak Ridge at BJ’s. We were headed for a day of R&R at West Bay Beach, it was Max’s first time at a civilized beach. We once again chose Bananarama because, well, it’s my spot. After 8 years I just don’t go elsewhere.

Brenda and Toni are moving back to Germany in less than 2 weeks. I’m sad but happy for them. Brenda and I met at the first vet clinic I worked at for Helping Paws Across Borders and we really got along well. We also worked together at the last one and have been doing some dog stuff together too. We plan to do one last clinic before she leaves. Insert super sad face. Toni is her German boyfriend and he is an uber sweetheart, instant love. It was great to spend a day with them and Max at the beach.  It was very empty, just a light sprinkling of people minus the annoying, “Wanna massage ladeeee?” NO. I ACTUALLY DON’T. We floated and ate and had a few drinks and floated some more. After 4 hours we decided it was time to make the trek back to the other end of the island. I have to brag. Max was a perfect angel. While he and I were floating, (well, he was on the raft) a lady and man were nearby. They asked me if he liked to swim.

I said, “he loves it.” They then said, “You’re the lady from the airport.” Yep…that is me. Small island. Small world.

While we were eating Max started digging in the sand, which was fine, he likes to dig. However, he was digging with his nose. Check out the video HERE.  He was really “digging it”.

He fell asleep on the ride home. Once I dropped those 2 off at BJ’s he got whiney and cried the whole way home. I fed him because he wouldn’t eat at the beach and afterwards he just chilled out. Max was the only dog still inside at bedtime, he didn’t want to go out with the other ones. Later that evening I went to lay down on the bed and I carried him in and flopped him down with me. He jumped down a few times and wandered around, terrorizing the cat and finally jumped back up and laid down. And that is where he slept until 6 AM. He didn’t move except when I moved him because he was hogging half the bed. Bill had his feet hanging off the side because Max was in his foot spot. He didn’t pee, thankfully..and he didn’t eat all the cat litter. However, Emmy hates me and has done nothing besides lunge out after my bare ankles as I walk by the bed and bitten me. Several times. She rules the roost, or at least she thinks she does.

I recently wrote a little piece for a fellow blogger about living in a small place. You can read it here. Thanks Clara for having me, check out her blog at http://www.expatpartnersurvival.com.

Facebook has several local Roatan pages, things for sale, cars, looking for advice, etc. I peruse them once in awhile, mostly for the entertainment value. Take this one (copied verbatim) for instance:

I am selling. A Nissan. Altima rims 2001. Tourism Air Conditioning. With papers. In rule. Interested. Can talk to the 9770-xxxx. With XXXXXX (don’t want to use their name or number). The car. He is. On Gipson quite west end Roatan.

No price, no condition, no mileage..that’s how we do it here on Roatan.

I worked at theairport again this past Saturday and had a woman approach me as I wove me way through the immigration lines chatting to people. She said, “You’re the blogger aren’t you”? So much fun meeting people who are following my blog. Check out Angie’s blog here.

I have mentioned my friend Sam Arch and his Dad before. They run Arch’s Iguana farm and Sam is the one who takes me snorkeling with Frank the Barracuda and, he took my friends and I to Pigeon Key. Anyhow, this is a great write up about the Arch family. I’m proud to call them friends. You can read the article by clicking here.

It’s bedtime again and Max is curled up on our bed. I don’t know if this will cause an issue with him and the other dogs or not. Do dogs get pissed off about that stuff? Preferential treatment and all?

I’m off to snuggle with my furry little boy.. (Not Bill)