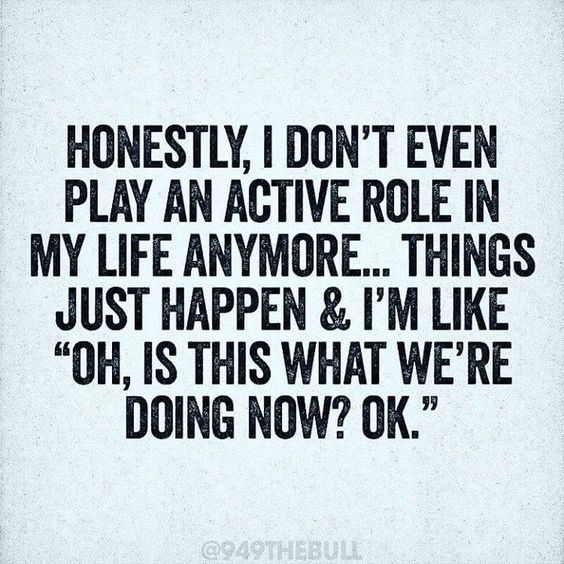 Oct 1, 2019 I think the 3 blogs about La Mosquitia drained my brain, I have had absolutely no desire to write anything. Instead I binge watch TV shows I have seen before, like Weeds and Friends. Next will probably be Seinfeld. Mindless TV for mindless me. Bill is usually watching something on the big TV (yes we have one but no cable) so I am watching on my Samsung Galaxy Tab e tablet, which for the record let me say, I HATE IT. It’s the most poorly functioning despicably designed tablet I have ever owned. Several times a night I say, I hate this damn tablet. And I researched it and read reviews, it wasn’t a spur of the moment decision.

Speaking of electronics, I used to have a Moto G 4 phone, I loved it, except the camera on the phone is awful. Photos look like a drunk 93 year old person took them. I love Instagram and like to be able to take a pic and post it immediately. I finally broke down and bought a Moto G5 which one step up from my phone and the same phone Bill has. The photos are so much better, still struggling with the thickness of the phone, my Moto G4 case was boxy, this is slim and trim. Changes are hard when you are old.

So, what have I been doing since I got back from La Mosquitia? Not much. We did some TOMS shoes to several schools on the east end. Still have 1 school and a kinder to do. I’ve been staying home with my dogs, hanging out by the pool or afternoon napping, which has become a very decadent past time of mine. Me, a fan, a few dogs, I’m good to go. A champagne chocolate truffle from the UK helps too. OMG. Pure and absolute decadence.

The dogs and I still have tea every morning by the pool. They bark and chase each other, the boys swim, they pretend it’s the biggest water bowl in the ‘hood. It’s a morning ritual.

When we came back from La Mosquitia we took a week off and then started fitting TOMS shoes again. We did the Froylan Turcios kinder, Juticalpa kinder, Politilly kinder, Barrio Lempira kinder and the older kids, Marcos Aurelis school in Oak Ridge. We still have a few to do. All the shoes are in my guest condo downstairs. Along with soccer balls, school supplies, clothes, 4 bags of dog food because it’s been hard to get so we are stockpiling and paint for the house. We are repainting the exterior of the house, same color. The verde (green) fits in with our surroundings. Lots of prep work before painting. Plan to do the outside, then the inside during rainy season. 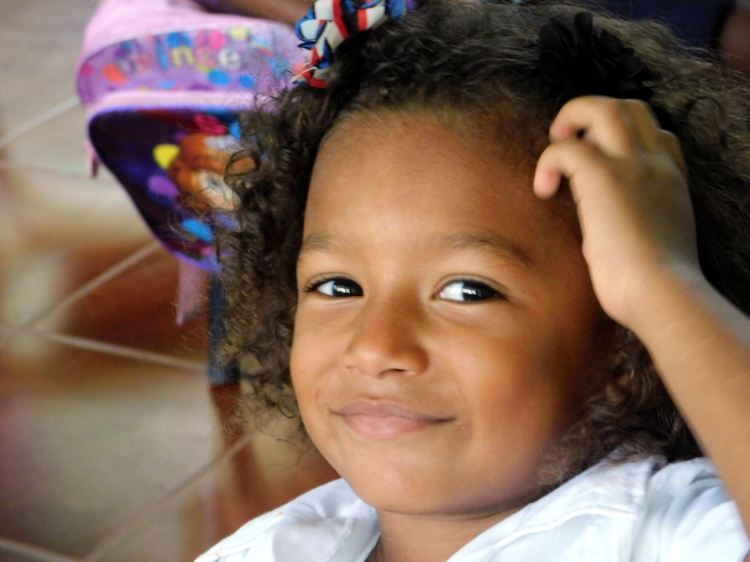 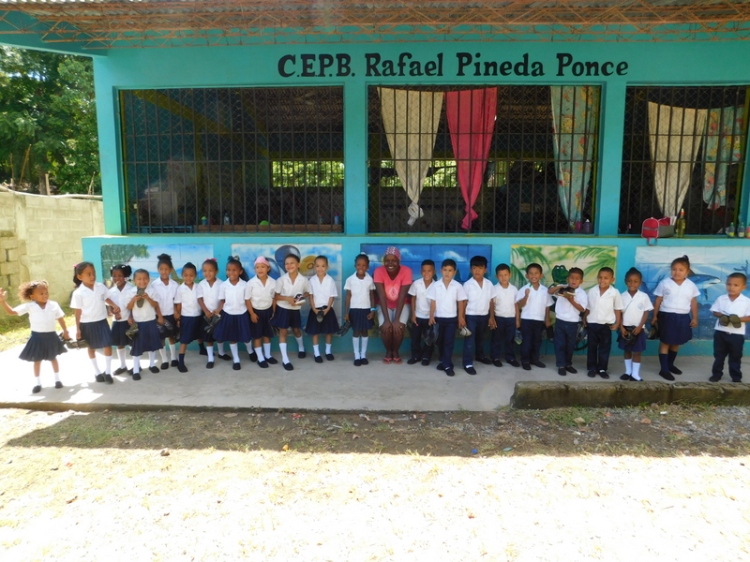 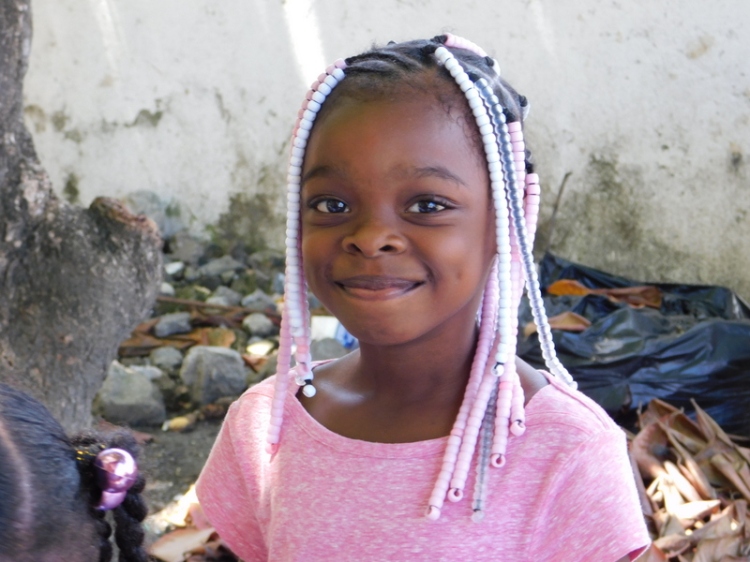 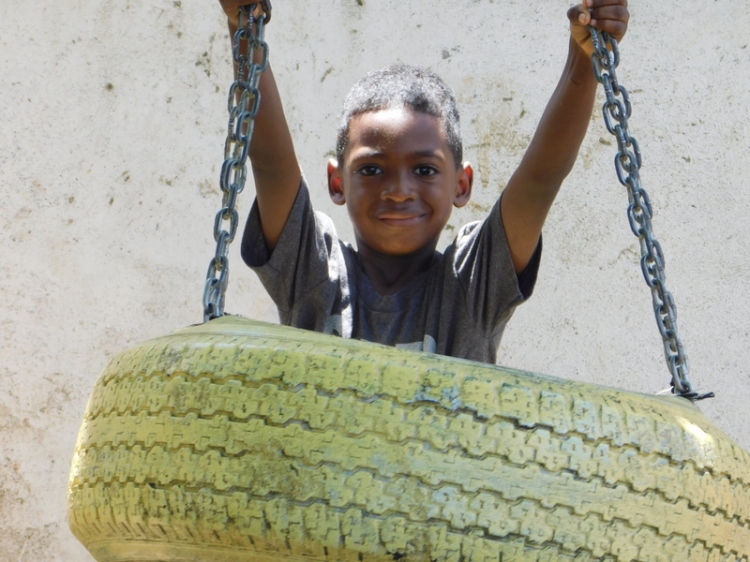 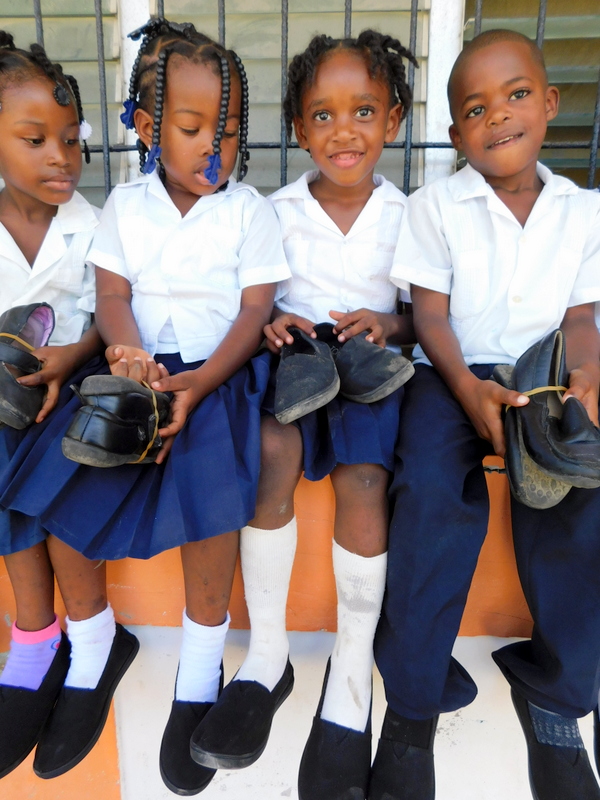 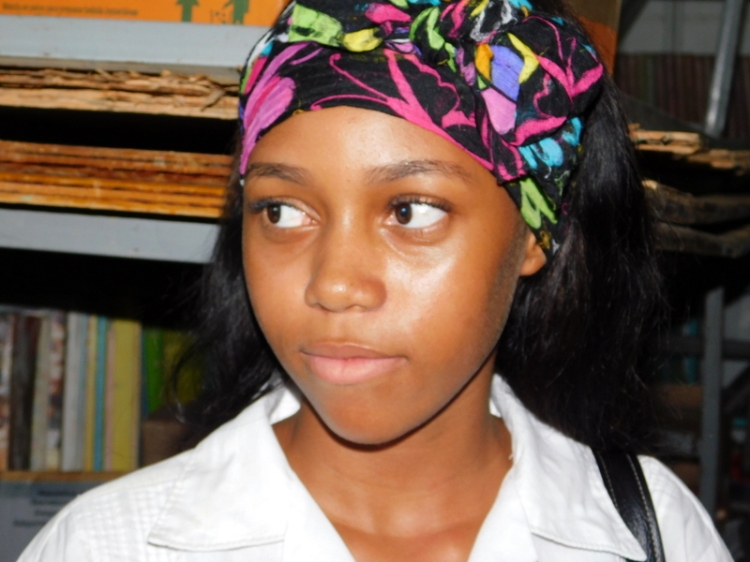 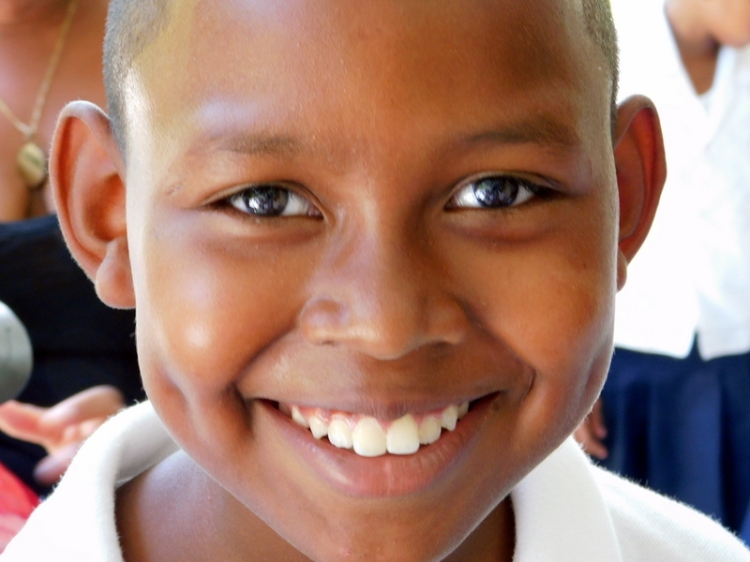 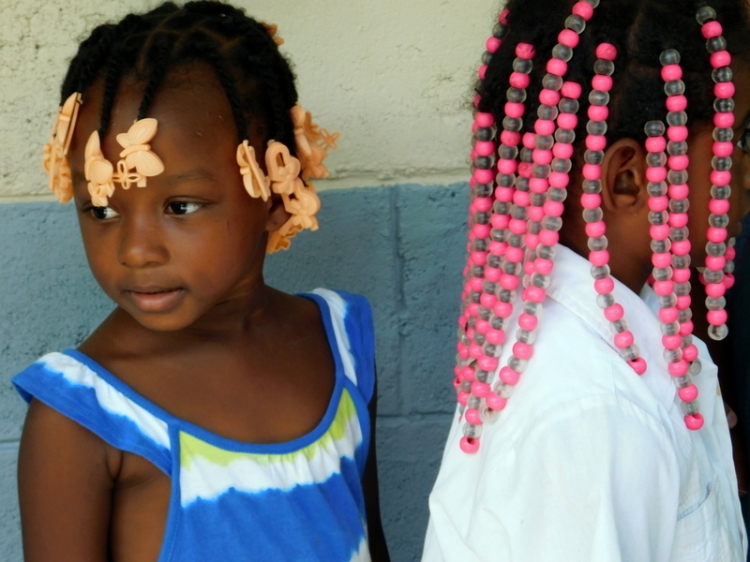 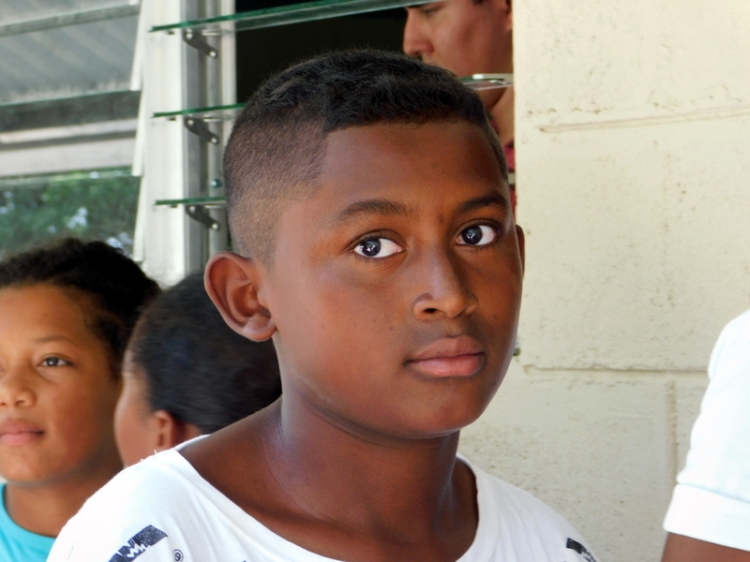 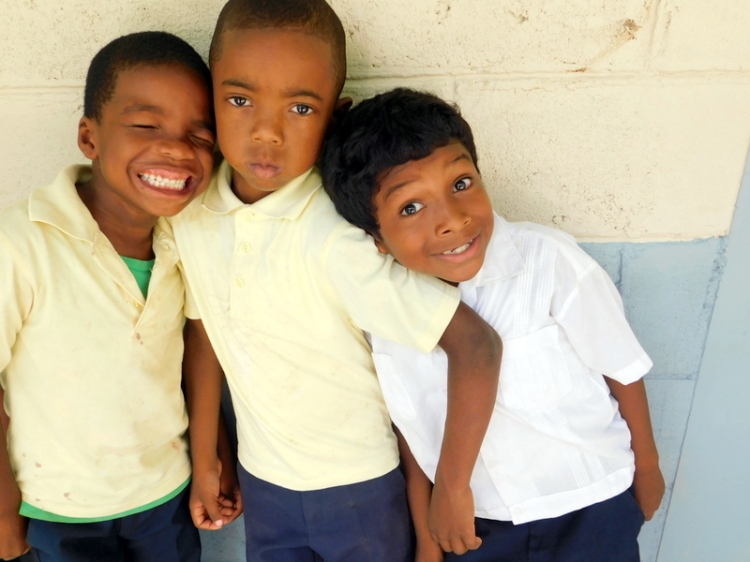 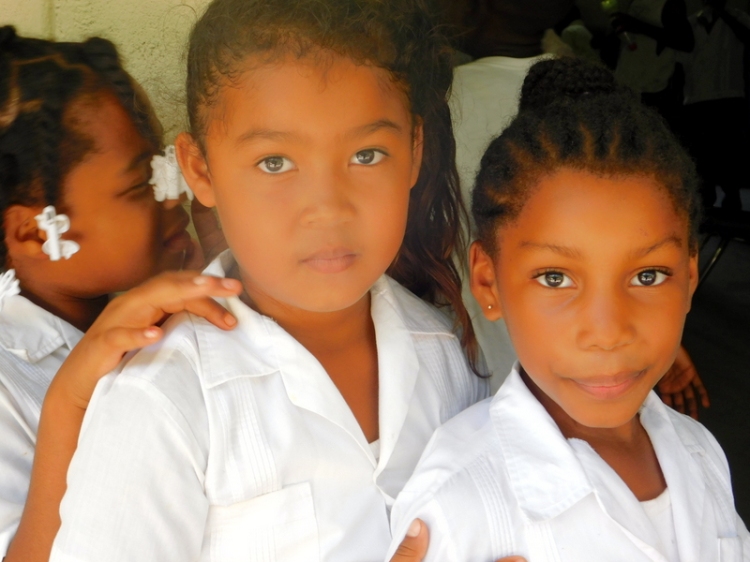 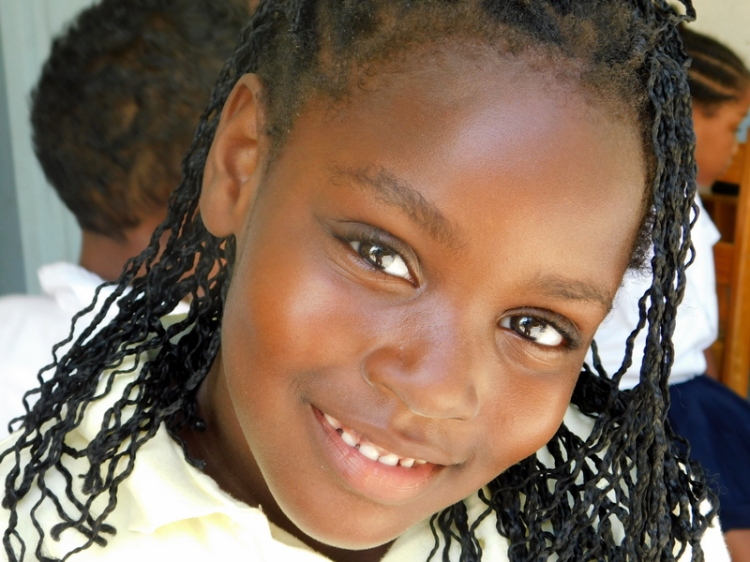 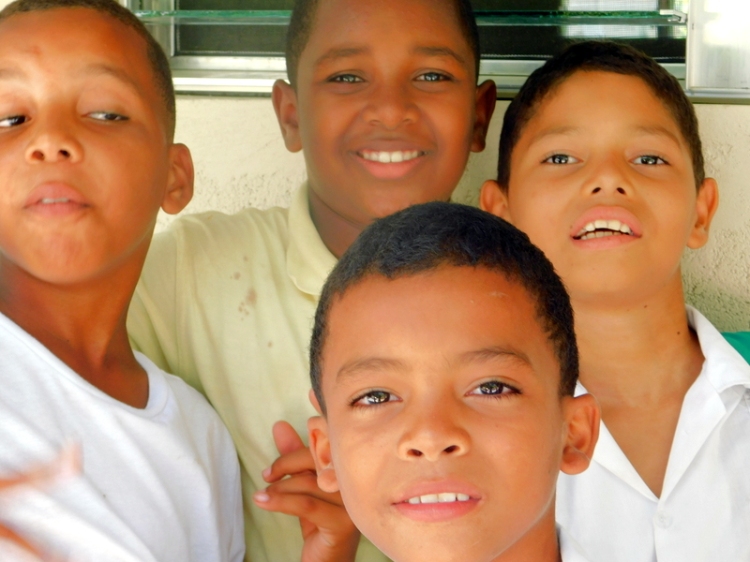 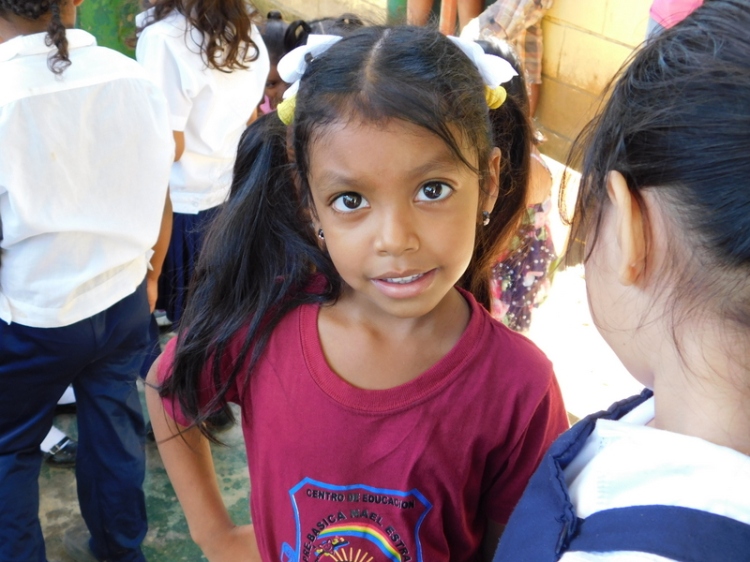 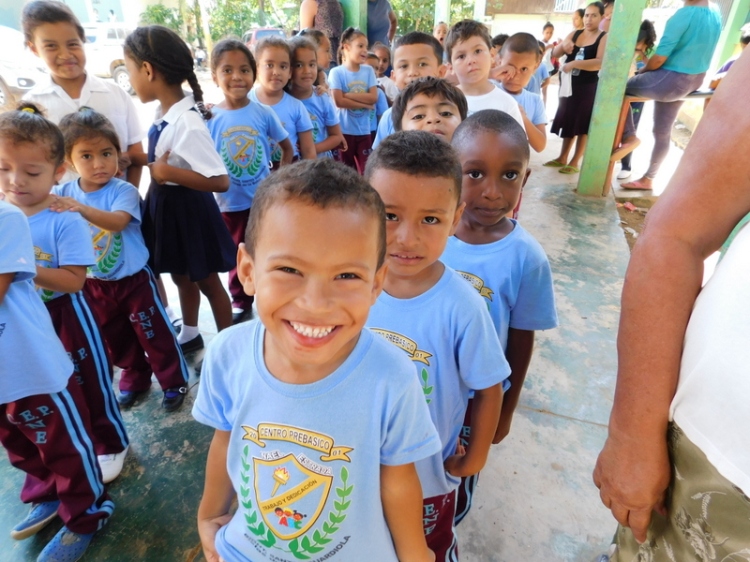 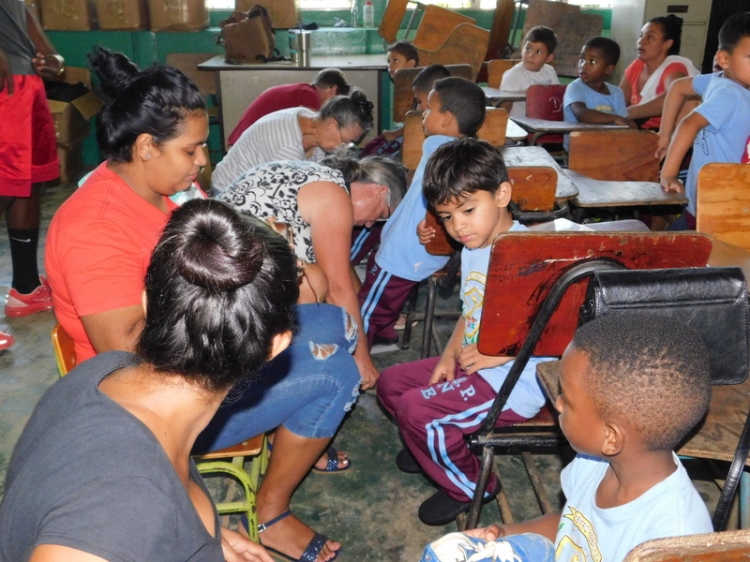 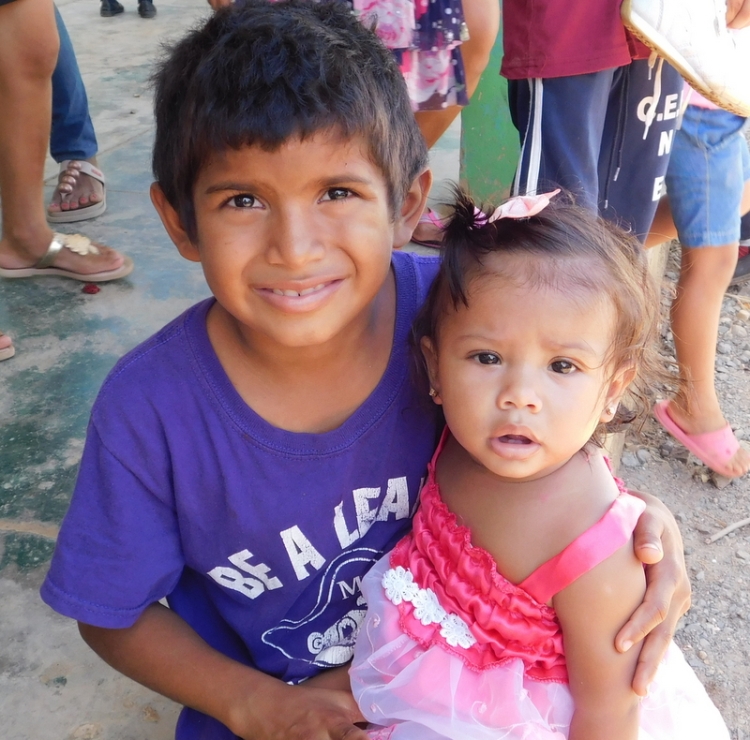 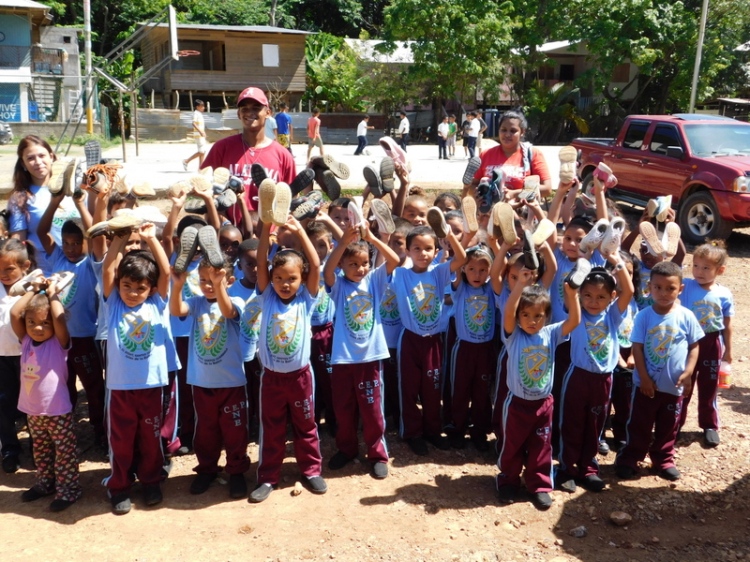 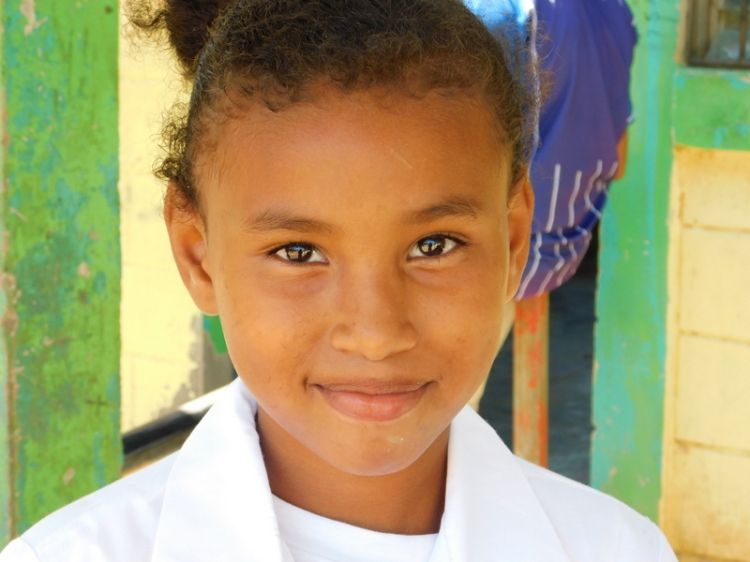 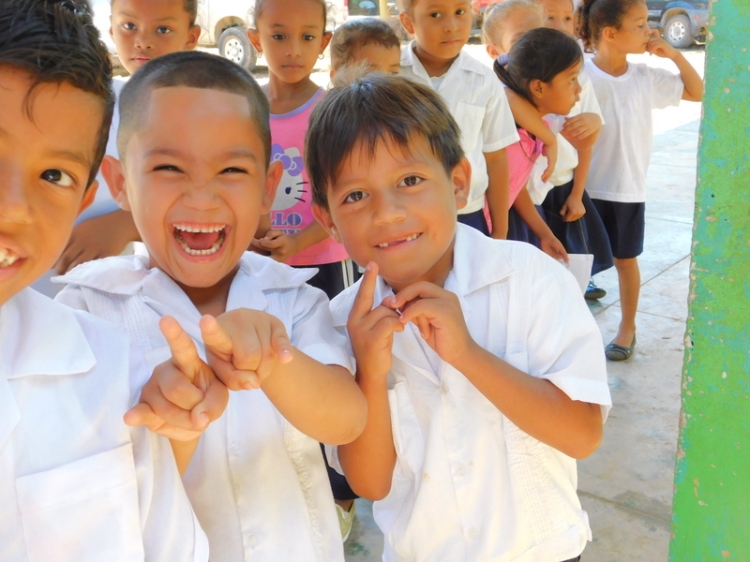 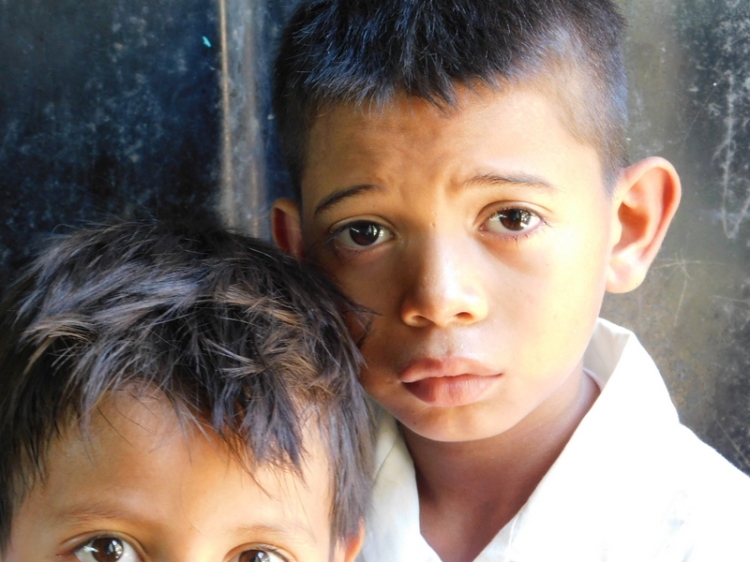 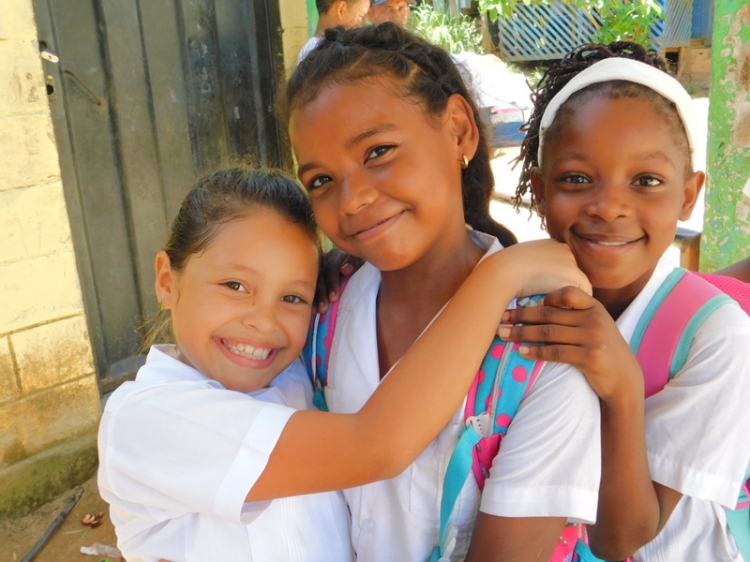 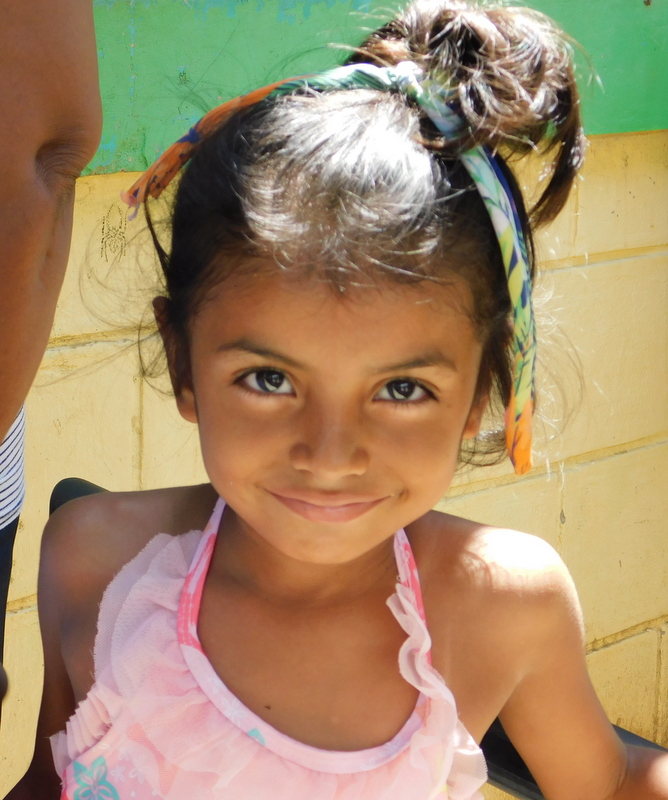 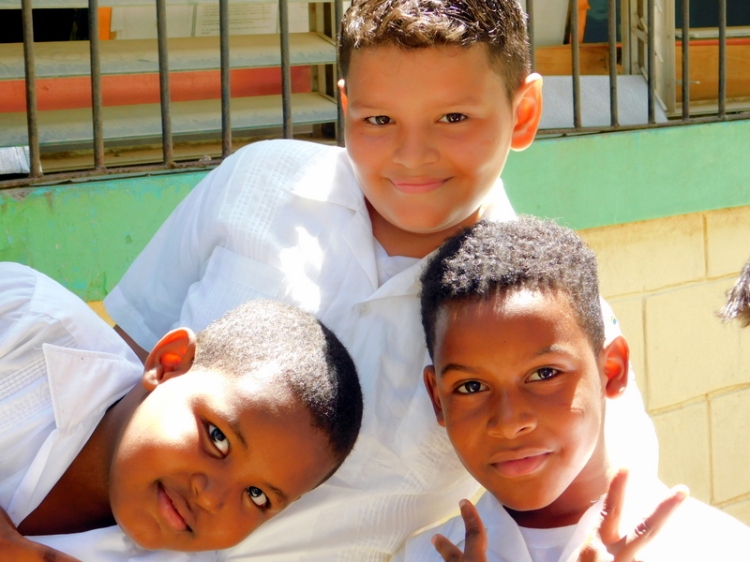 We also went to Punta Gorda and fit the kids there. Some of the students wear the traditional blue and white and others wear the Garifuna clothes. 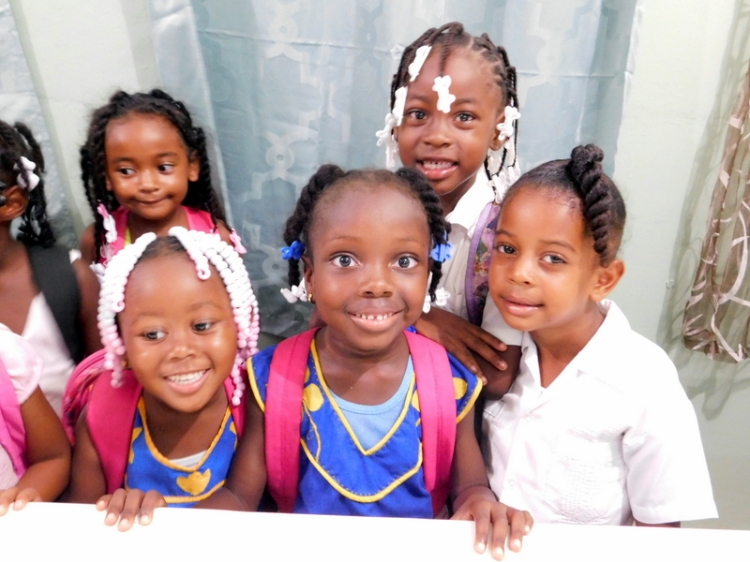 Because We Care strives to give new shoes to as many school kids as possible. TOMS shoes rock!!

Childrens Day was Sept 10th, Independence day was the 15th.  All of the schools get dressed up and march. The school we help a lot was marching from below our house, past the driveway and up to their school. We went out to watch.

I was paying bills and running errands on Sept 6th, wearing a pair of comfy Dr Scholl’s sandals. When I got home later that day my right foot was bothering me. By Friday morning it was full on limping. Oh well, figured I had strained something and it would get better. On Saturday morning I went to my friend Linda’s house and picked limes, so many limes it’s not even funny. It was killing my foot to walk around on the uneven ground but I wanted limes!! 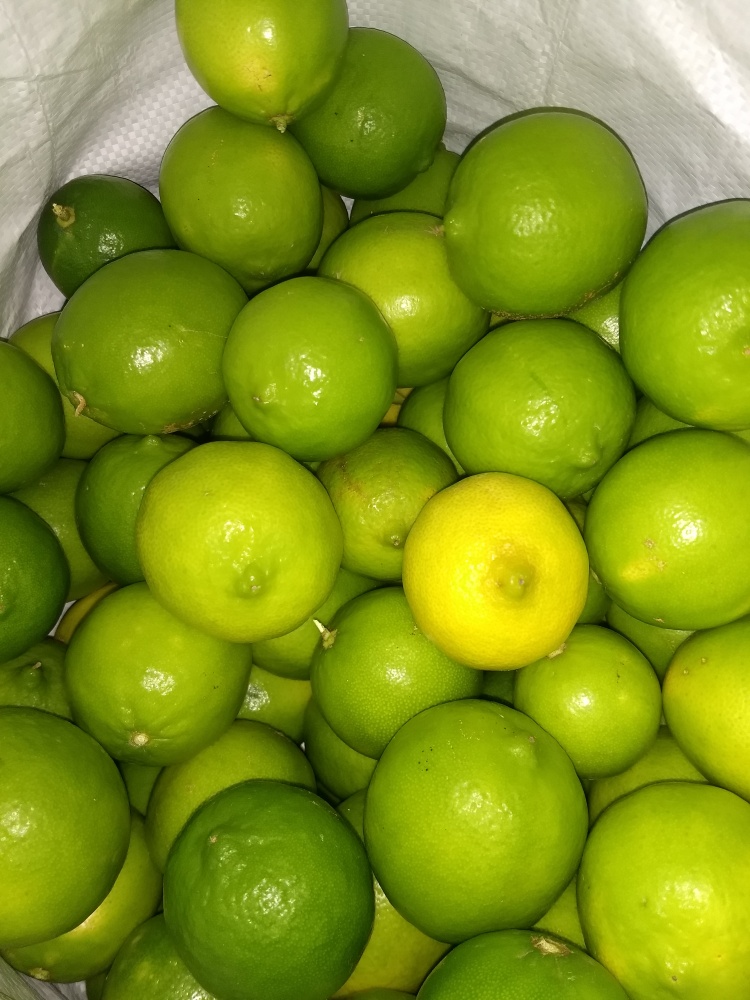 So, flash forward three weeks from Sept. 6th, my foot is still killing me. Bill thought I had plantar faciitis, so did I. I googled it and couldn’t find symptoms similar to mine so I joined a PF group on FB. Once I was admitted I posted my symptoms and several people said it’s not PF. Great.

On Friday I messaged my friend Andrea, the nurse at Coco View. She said I needed to have it looked at and she texted Dr Izaguirre, the orthopedic surgeon. She made an appointment for me for Saturday morning.

Bill took me down to the hospital. The Doctor wanted me to get an X-ray, but there was nobody there to run the X-ray machine. He examined me and said I have a fracture of the 5th metatarsal and I am not allowed any weight on it for 3 weeks. In reality, I should not have been walking on it the last 3 weeks, must be why the pain was so bad and I was too stupid to realize that. I’ve also had issues with a screw in my left ankle since I had surgery March 31, 2013. My ankle gets a hard calcified thing that comes out of it, I’ve called it my alien for years. Doc said he could remove the screw for me and Bill said, you’re already going to be laid up, why not. I’m pretty convinced he hates me. So the Doc got me in a surgery room and did a local on my ankle. Once he cut me open he realized the screw was right below the skin and he also realized it was a special screw and he didn’t have a screwdriver to remove it.

So, after digging for an hour and the local wearing off, when I told the doc I could really feel what he was doing he decided to quit, stitched me up and said he’ll remove the stitches in 2 weeks when he checks my broken right foot.

Did you know you can not use crutches if you can’t put weight on either of your damn feet? I am a crutch spaz anyhow, I detest them so I have been using my desk chair to scoot around on, using my left foot that’s not broken and a crutch. That was working well until the chair tipped over this morning and I fell out. Believe me, I am grouchy as hell and not having fun with this at all.

A little bit of food goes a long way for these sweet people. Having someone hand them a bag filled with $25.00 worth of non perishable foods (they don’t have refrigerators) is a big deal.

We have had a lot of company recently. Just last weekend John and Lizeth came from Kentucky. We first met (when I was volunteering at the airport) in the immigration room. She recognized my name on my name tag from reading my blog. We’ve been friends ever since and we can’t wait until they finally move down here. They offered to bring stuff for us so they “muled” down my new phone, repaired jewelry, eye glasses and 8 jars of hot peppers that I ordered from Tony’s Deli in my hometown of Williamsport, Pennsylvania. They also brought a lot of donations for the kids and a box of these;

I’m going to have dinner, pour a glass of wine and go back to bed to watch TV. I’m sure I’ll have some dogs with me. I’m hoping to be back in action soon.